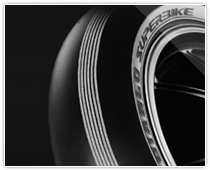 On 5th and 6th May 2012, Pirelli celebrated the 25th anniversary of the World Superbike Championship at Monza with an exclusive version of the Superpole tyre. The special Diablo Superbike supersoft-compound tyre is dubbed “Silver Stripes”: There are six silver stripes on the tread pattern and a commemorative logo designed by Infront on the sidewall set within the Italian flag. “Taking the plunge in the new World Superbike Championship venture in 1988 was a choice dictated by enthusiasm and courage.” stresses Giorgio Barbier, Pirelli Moto Racing Director. “We chose the defending champion Team Rumi and its rising star, American rider Fred Merkel. A tough year, packed with thrills, let-downs and triumphs: a championship won at the final round in New Zealand against Stéphane Mertens who would eventually become a Pirelli rider as well”. 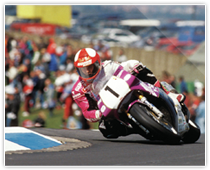 With its involvement dating back to the competition’s inception in 1988, Pirelli has been the official sole supplier for its four classes since 2004. The partnership with World Superbike has led to the development of a series of products that the Diablo range has exemplified over the past decade. Indeed, the experience gained in WSBK has resulted in Pirelli registering around 30 patents that regard various aspects of tyre technology and benefit contact patch size (EPT), tread patterns, compounds and processes. Many of the latest products, such as Diablo Supercorsa SP, Diablo Rosso Corsa and Diablo Rosso II, utilise various elements of this technology in order to ensure that the consumer is offered state-of-the art solutions.