On the face of it, the quickest strategy for the 58-lap race tomorrow is a straightforward medium to hard one-stopper. The characteristics of the soft tyre made it the default choice in qualifying while starting on the medium opens up the widest range of options, with warm and dry weather expected on Sunday. Now that the drivers are no longer obliged to start on their fastest Q2 tyres, there’s a lot more flexibility, which they are all keen to take advantage of. However, there’s still an element of unpredictability. We have an extensively revised circuit around Albert Park with smooth new asphalt, which is constantly evolving. And some of those revisions mean that there are unforgiving walls in close proximity with rapid corners. So a safety car is far from out of the question. That could reset the strategies entirely, opening the door to a two-stopper with perhaps even the soft for a final run, depending on the timing of the pit stops and the race circumstances.

“We witnessed a long but exciting qualifying session, with the frontrunners separated by just one-thousandths of a second on more than one occasion, and pole decided in the closing seconds. As expected, the drivers used the soft tyre from start to finish today to take advantage of its extra speed. Not only that, but the drivers were also able to complete more than one flying lap on it to extract the most performance: something they had previously established by running it extensively in free practice earlier this afternoon. It was quite windy then, with a change in the wind direction compared to Friday, which obviously affected aerodynamic performance by making the cars more snappy. What we have seen so far in qualifying shows that it was the right choice to come here with two steps between the soft and the medium compounds, which has enabled the performance gaps between hard, medium and soft to be about equal. Tomorrow should be a one-stop strategy using medium and hard,  but as we saw today, the action here can be quite unpredictable.” 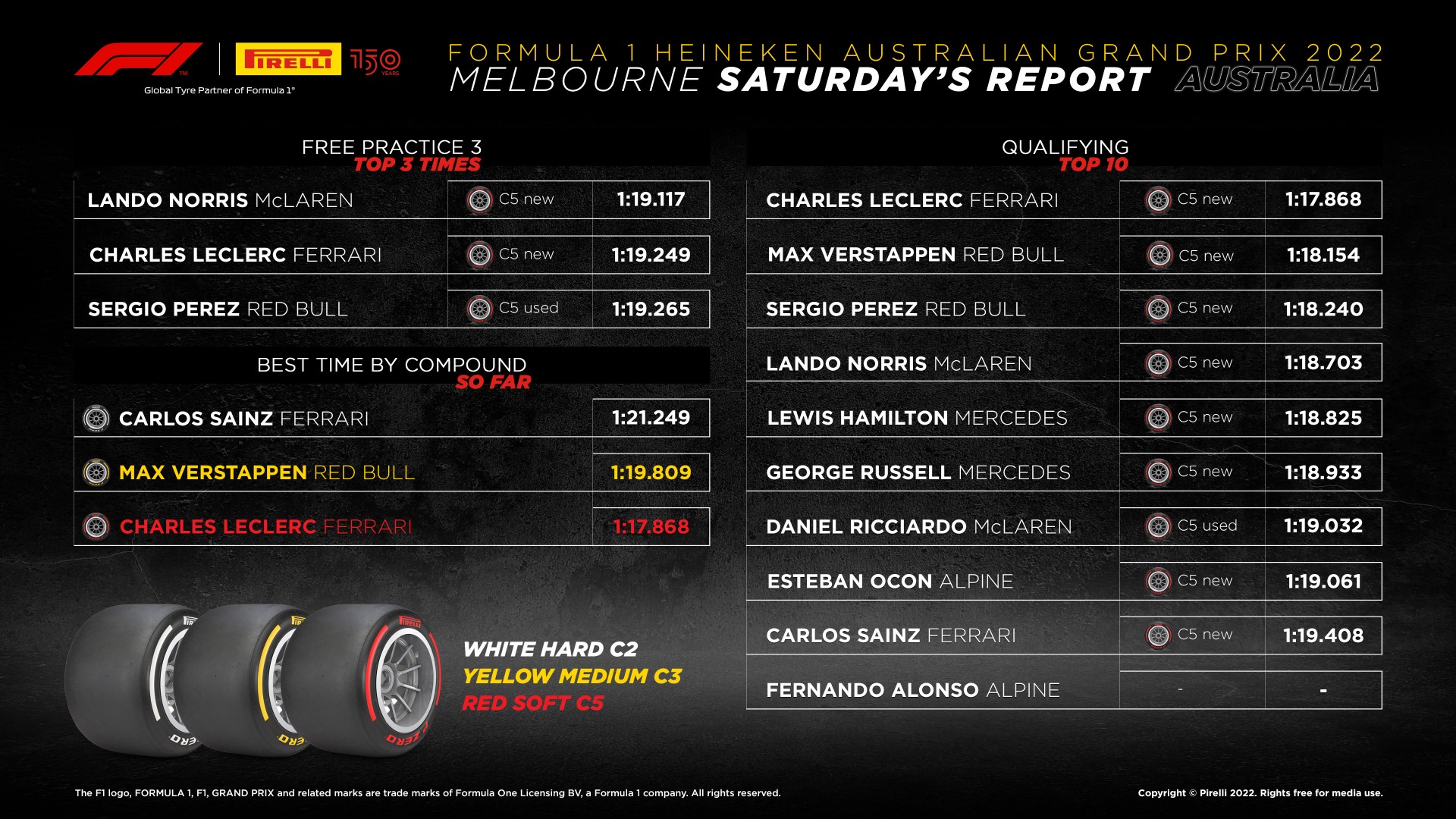