According to our theoretical calculation based on the average data from all the teams, the quickest strategy on paper for the 71-lap Austrian Grand Prix tomorrow is going to be a one-stopper from medium to hard.
For cars starting out of position, starting on the hard isn’t out of the question either, leaving a choice between the soft and the medium for the final stint.
A two-stopper is slower under normal circumstances, but the best way to do it would be using all three compounds: medium, hard, then soft. There’s a reasonably high safety car probability here, on a tight and unforgiving track, so that could influence a two-stopper.
Tomorrow there’s a bit of rain forecast for the morning, which shouldn’t affect the race, but will influence the track’s condition. Track temperatures are expected to be broadly similar to today, so the data collected from the sprint today will be very relevant.

“Today the teams were able to get some useful long run data on the medium during the sprint: good information for the race tomorrow, which looks likely to be a medium to hard one-stopper, as also confirmed by the performance of the tyres today. Both compounds performed well, with the medium being the more conservative choice that made it the most popular option for the sprint this afternoon. The soft was chosen by four drivers starting from further down the grid, and Aston Martin’s Lance Stroll used it well to make up four places.” 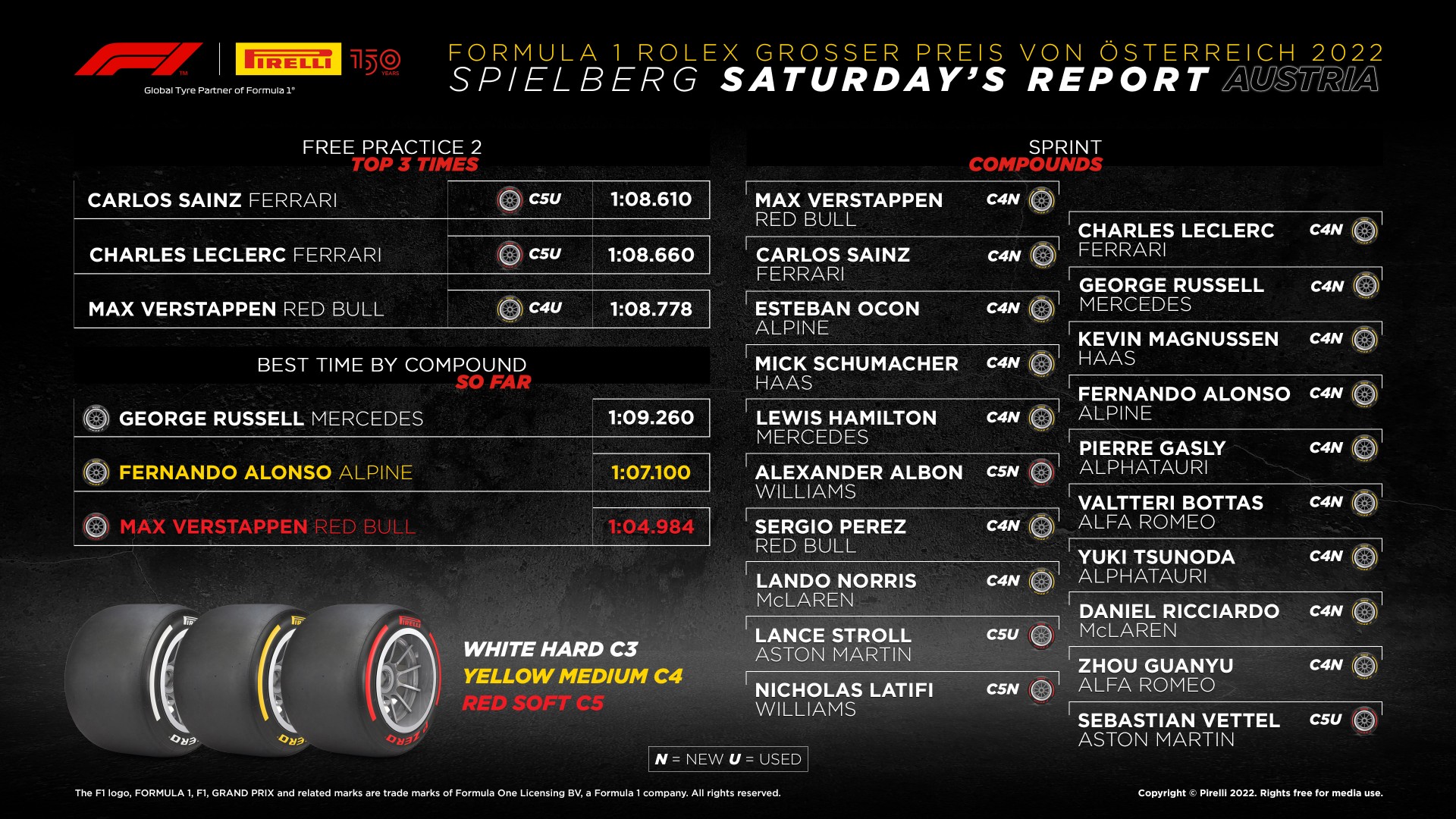