With its abrasive asphalt and demanding layout, the 57-lap Bahrain Grand Prix looks likely to be a two-stopper, as has been the case in previous years. A one-stopper isn’t completely out of the question, but it will be slower. All three compounds can be used for a two-stopper or alternatively two set of softs and one of medium, which is reckoned to be the fastest option.
The big decision for the teams tomorrow will be which tyre compound to start on, with the whole field now given a free choice of starting tyres – making the strategy even more open than before. As there is a quite a big performance gap in terms of lap time between the compounds, those starting on the soft tyre will have quite a big pace advantage initially compared to those on mediums, while anyone wanting to start on the hard will face a considerable speed deficit.

“In qualifying we finally saw the true pace of all the teams. With cool temperatures that were similar to FP2 and the hardest tyres in the range selected this weekend, tyre warm up was marginal, especially with track temperatures dropping as the evening went on. Another decisive factor in the qualifying strategy was the removal of the rule this year that obliged drivers to start the race on the tyres with which they set their best Q2 times. As a result, everyone begins the race tomorrow on an entirely level playing field and the focus tonight will shift towards the race strategy, and which tyres to start on. With a big performance gap between the compounds, this adds another level of complexity to what is already a tricky decision, as the new formula makes its race debut on Sunday. We’re expecting slightly warmer conditions compared to today and two pit stops; but there may be scope for some drivers to do something different.” 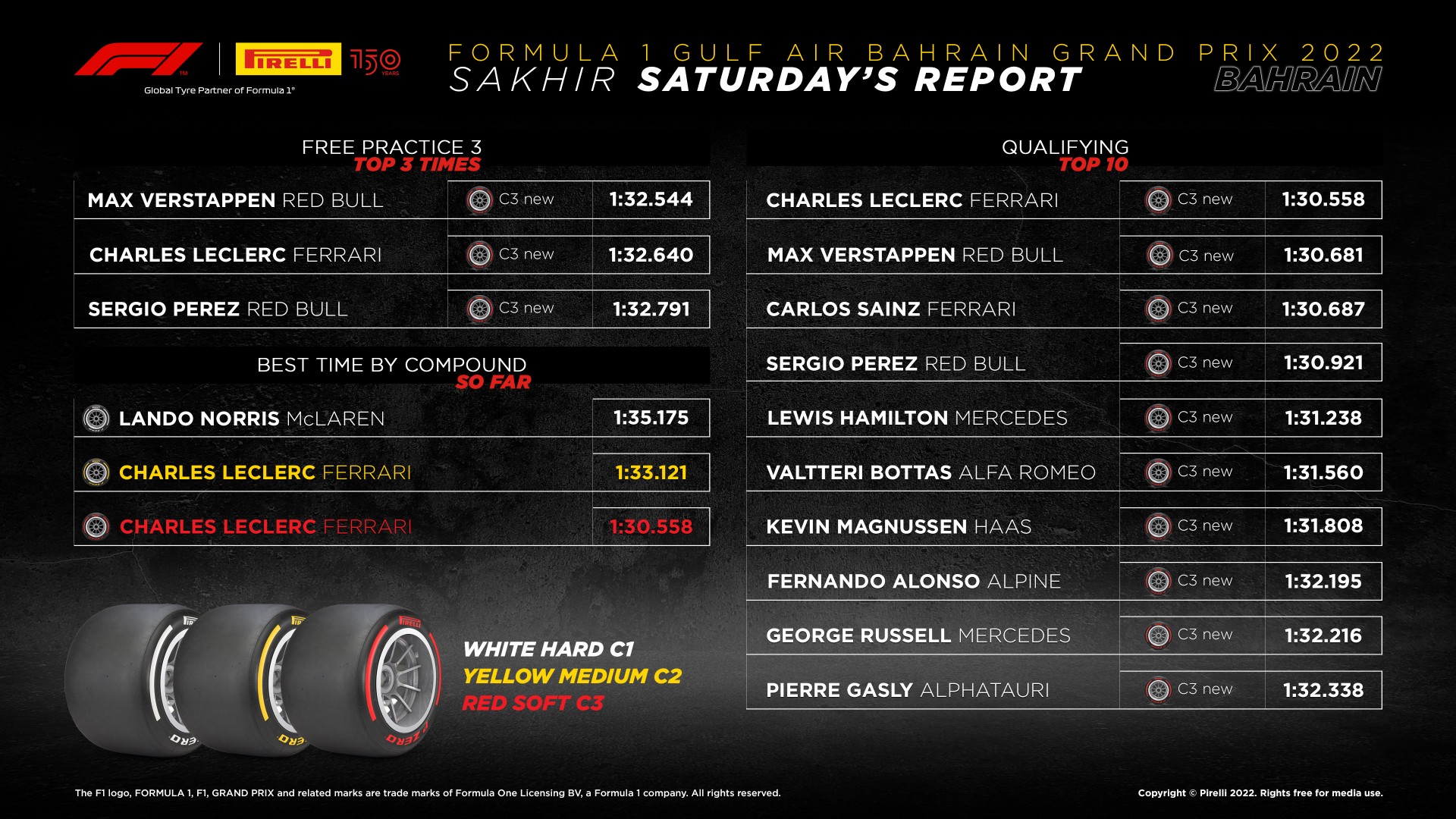