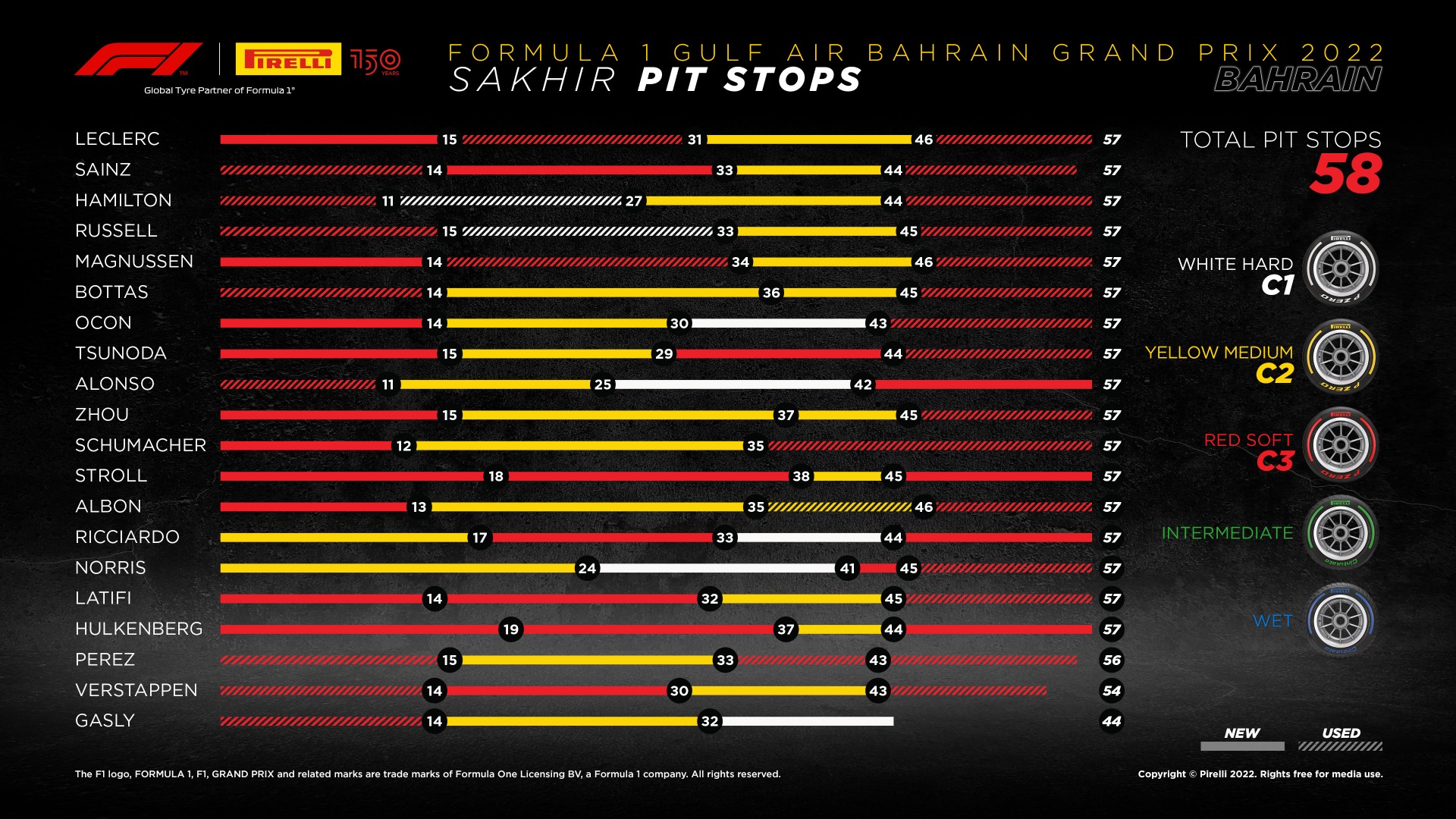 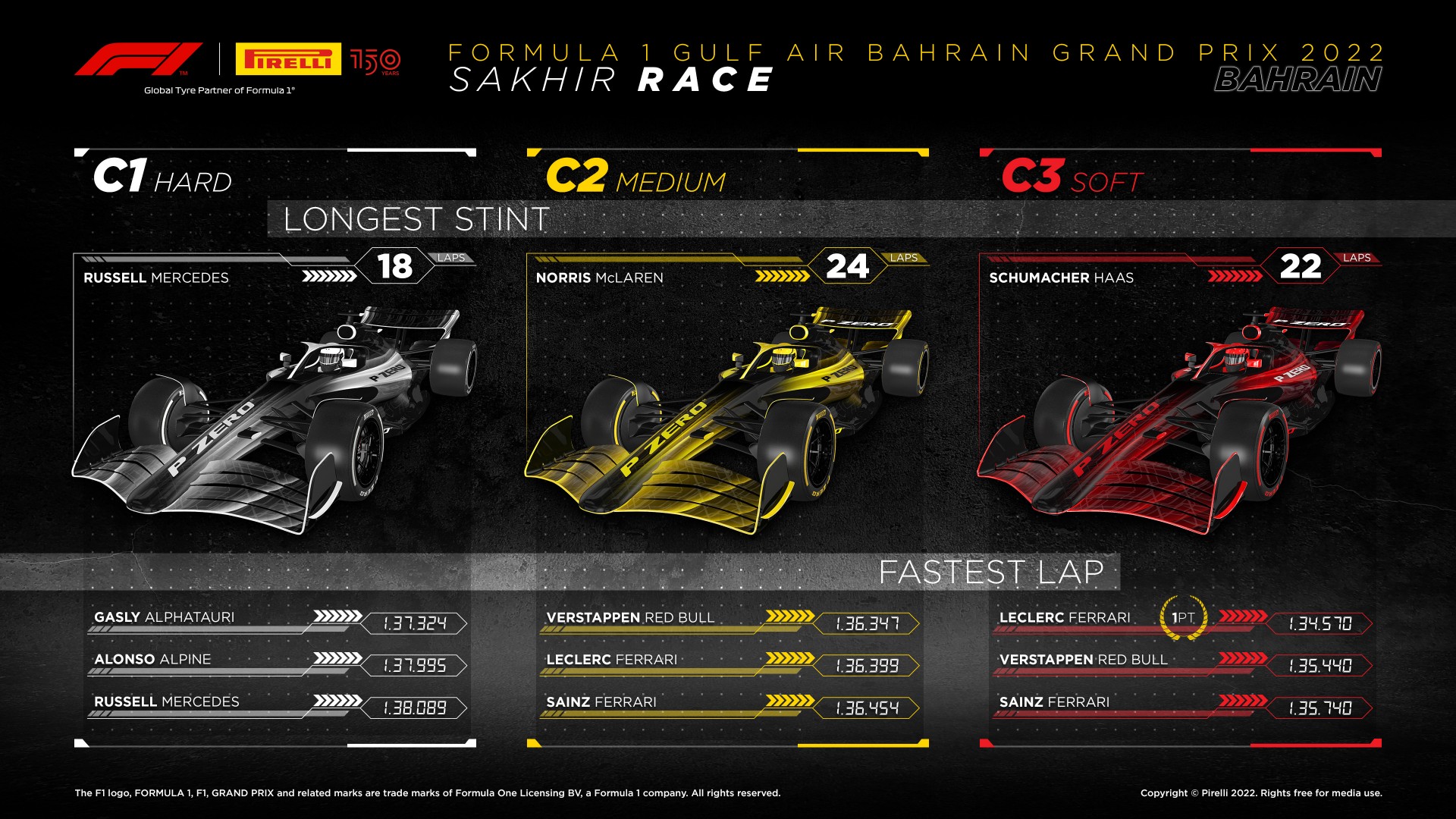 “The championship debut of the new Formula 1 regulations with our latest 18-inch tyres delivered a race with plenty of excitement from start to finish and some great battles. We are satisfied with how the tyres performed. The soft and medium compounds were key here, while the hard represented an alternative and more consistent choice. The lower temperature of the tyre blankets this year also contributed to the challenge of putting the tyres in the correct window, making the undercut for the hard less powerful than usual, while the abrasive nature of the track ensured that it was going to be at least two stops for every driver. The strategy was also influenced by the late safety car, which finally led to three stops and set up a dramatic sprint finish to the race. Congratulations to Ferrari for their one-two!”