WHAT WE HAVE LEARNED

At Silverstone the weather will be a determining factor

“When will we have a Friday that allows two free practice sessions to take place exactly as they should? I’m sorry that the spectators, who are always amazing here, didn’t get the chance to see so many laps in FP1, but one consolation is the fact that the track, which was wet at the beginning of the session, gradually dried out lap by lap, allowing the drivers to experience the crossover point – which could be very useful information for the rest of the weekend. At Silverstone the weather will be a determining factor, with the performance gaps between the compounds – and therefore the strategy – being quite dependent on track temperature.” 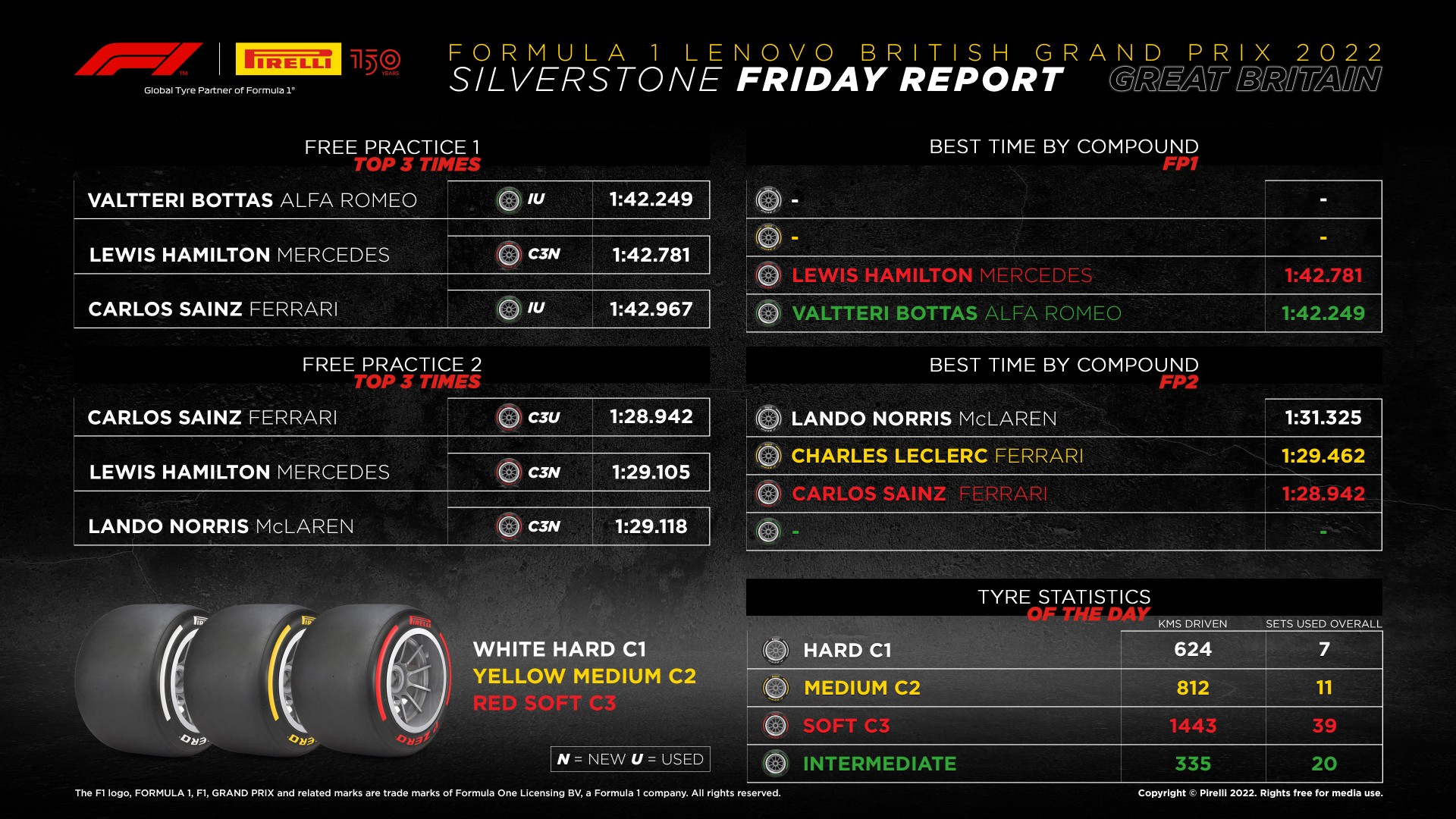 Formula 2
Nobody was able to knock Carlin driver Logan Sargeant off the pole position spot in Formula 2, who took an early advantage in Formula 2 qualifying and held it all the way to the end of the session. All the drivers used the P Zero Red soft tyres, nominated alongside the P Zero White hard this weekend.

Formula 3
Zak O’Sullivan secured his and Carlin’s first Formula 3 pole on home territory, using the P Zero White hard tyre nominated this weekend. He finished ahead of Prema’s Arthur Leclerc: just 0.027s behind the poleman. Under the reverse grid rules, MP Motorsport’s Kush Maini will start from P1 for the first race tomorrow.