“The British Grand Prix was where the new show car for the 2022 season was displayed last year, to highlight the future direction of the sport that we have embarked on from this season. The latest aerodynamic regulations are designed to allow drivers to follow each other more closely for longer to give more chance of overtaking, as we saw in Canada, while the tyres are designed to provide less overheating, more stability, and increased driveability within a wider working window. All these aspects will be tested this weekend, on one of the most challenging tracks for tyres of the year. 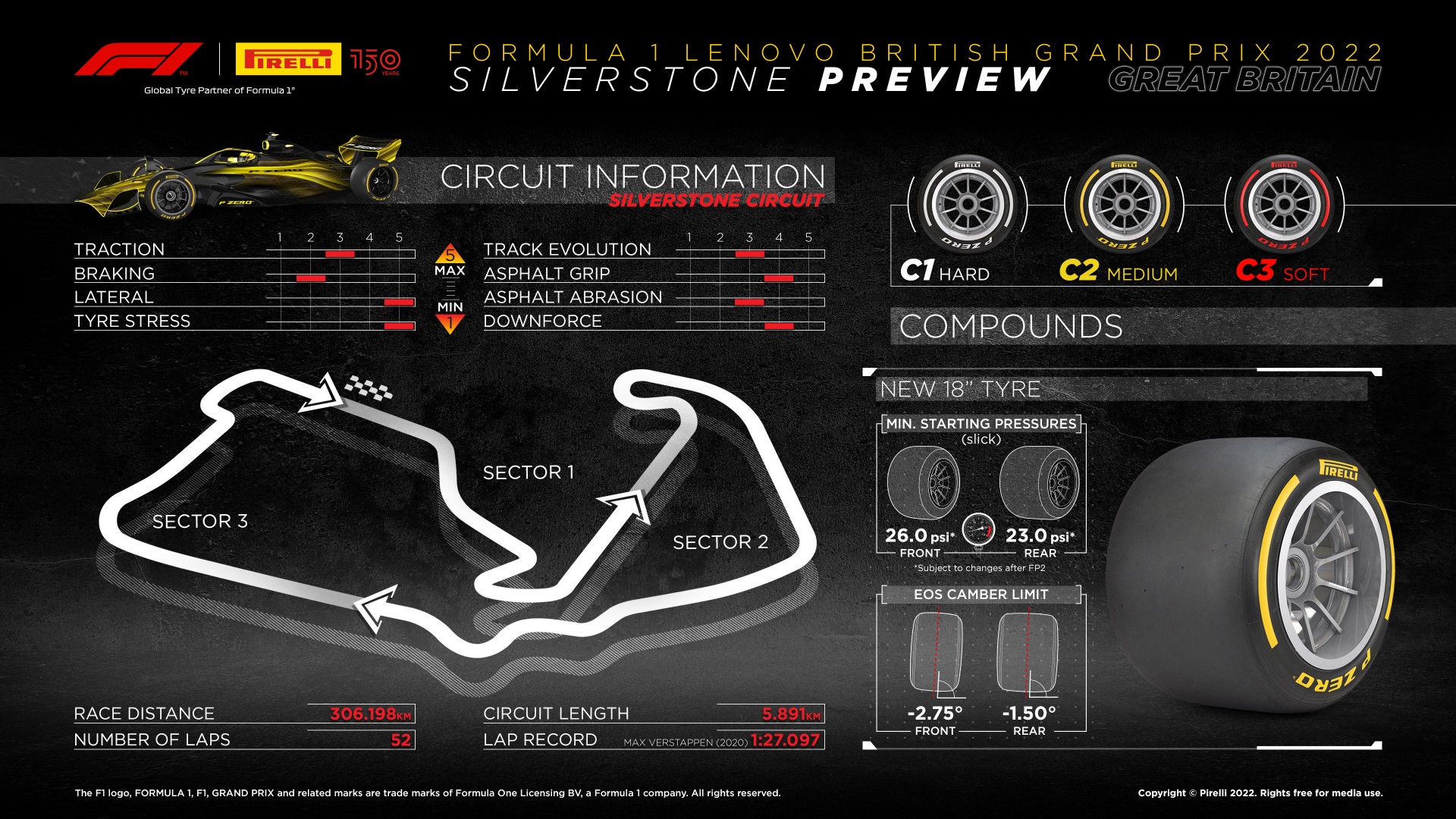 Formula 2
The P Zero White hard and P Zero Red soft tyres are nominated: a change from one year ago, when the hard and medium were used. The extra step between the compounds will provide additional one-lap performance and more strategic variability in the races. Each driver has five sets of slicks (three hard and two soft) to use across the weekend. The sprint race lasting 21 laps takes place on Saturday afternoon, followed by a 29-lap feature race on Sunday morning.

Formula 3
The P Zero White hard tyre is nominated as the single compound: the third appearance in four rounds so far this season for the hardest compound in the range, after Bahrain and Barcelona. The nomination is the same as Formula 3’s previous visits to Silverstone in 2019 and 2020, meeting the need to handle Silverstone’s high-energy demands over a full race without pitstops. The 18-lap sprint race is on Saturday morning, with the feature race lasting 22 laps on Sunday morning.