The 72-lap Dutch Grand Prix is quickest on paper as a two-stopper, but that doesn’t exclude a one-stopper.
If going for a two-stopper, starting on the soft is a good idea. This could then be followed by two stints on the P Zero Yellow medium (if enough medium tyres are available within a driver’s allocation, as is the case for Red Bull, Ferrari and Mercedes) or one stint on the medium with a final stint on the soft again.
A one-stopper could either be medium to P Zero White hard or soft to hard (to have some extra speed at the beginning of the race). A soft-medium one-stopper is also possible, but it’s marginal for wear life, with a lot of pace management required.
Starting on the medium gives different options, but either a one-stopper or a two-stopper is still achievable even if starting on the soft.
There are a few variables affecting these theoretical calculations, such as the amount of degradation on the soft tyre and the amount of grip on the hard. This is an old-school circuit with not much run-off, and the action so far suggests that a safety car could be likely – which means a cheap pit stop. With this year’s generation of cars and tyres helping to overtake, track position might not be the priority that it was before: this could favour some more aggressive two-stop strategies. One more point: at 60kph, the pit lane speed limit is lower here than at most other tracks, meaning that it takes a bit longer to make a pit stop. 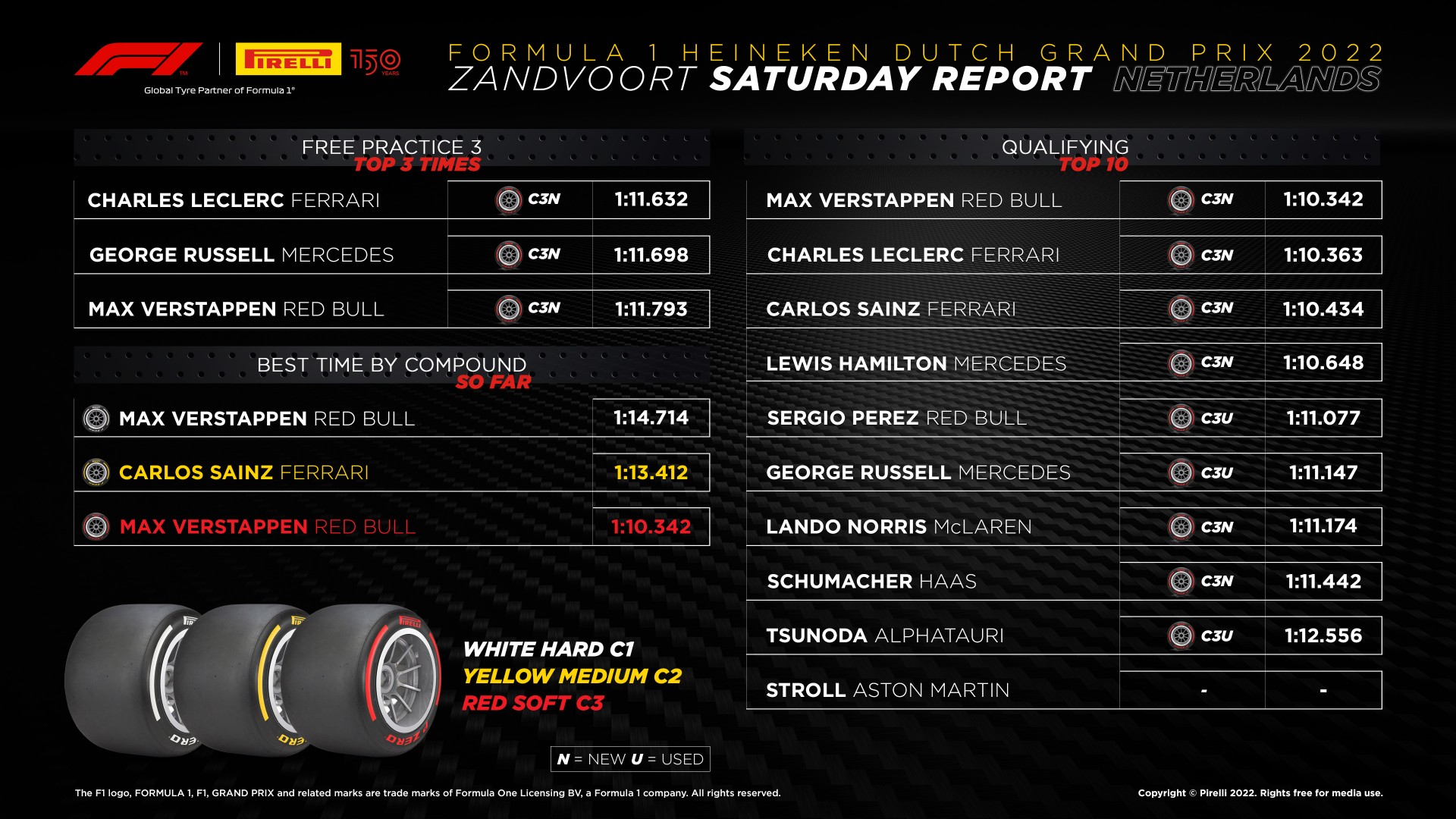