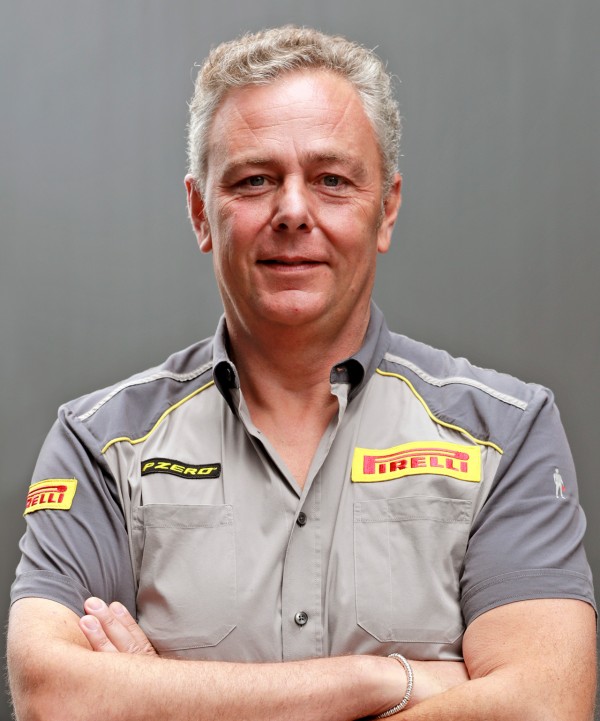 “We saw an exciting and emotional race, ultimately influenced by two variables that can happen at a tricky circuit like Zandvoort: different strategies thanks to the contained degradation of the soft and the strong performance of the hard compound. There was also a virtual safety car and then a safety car, which kept the action unpredictable all the way to the flag, with plenty of overtaking thanks to the latest regulations as well. We saw a sea of orange in the grandstands, and I’d like to add another colour to the panorama of the Dutch Grand Prix: white, which is the colour of our hard tyre. That hard tyre was one of the stars of the show, thanks to very low degradation along with plenty of speed. The track evolution over the course of the weekend ensured that it came into its own on race day, with many teams adapting their strategies to make use of it. All three compounds played an important role over Zandvoort’s rollercoaster lap, with three drivers from three different teams on the podium.”

“With the energy and the passion of the fans at Zandvoort still ringing in our ears, we had to Monza: an incredibly important venue for Formula 1, where we celebrate 100 years of the circuit and 150 years of Pirelli: an Italian institution that is synonymous with motorsport. Today once more the tyres showed themselves to be perfect, by allowing for different strategies, increasing the number of on-track battles as well as overtaking moves, and helping us to deliver a successful and spectacular product that people love, while still guaranteeing the safety that is essential for a sport such as F1. This is a global success that we’d like to celebrate at Monza in style, hoping also that there’s space for a bit of red there too after all this orange!”

The phenomenal performance of the P Zero White hard tyre, along with a virtual safety car and safety car, influenced the outcome of the race. Verstappen started from pole on the soft tyre in his Red Bull and then switched to the medium tyre, which gave Mercedes driver Lewis Hamilton – who had started on the medium – an advantage in terms of track position. Once Hamilton switched to the hard, he was able to make his pace count. But during the race neutralisations, Red Bull made exactly the right strategy calls, with all the frontrunners making the same number of tyre changes in the end. At the final re-start, Verstappen found himself on soft tyres behind Hamilton on the medium tyres, and he was able to use the speed of this compound to help make the difference. 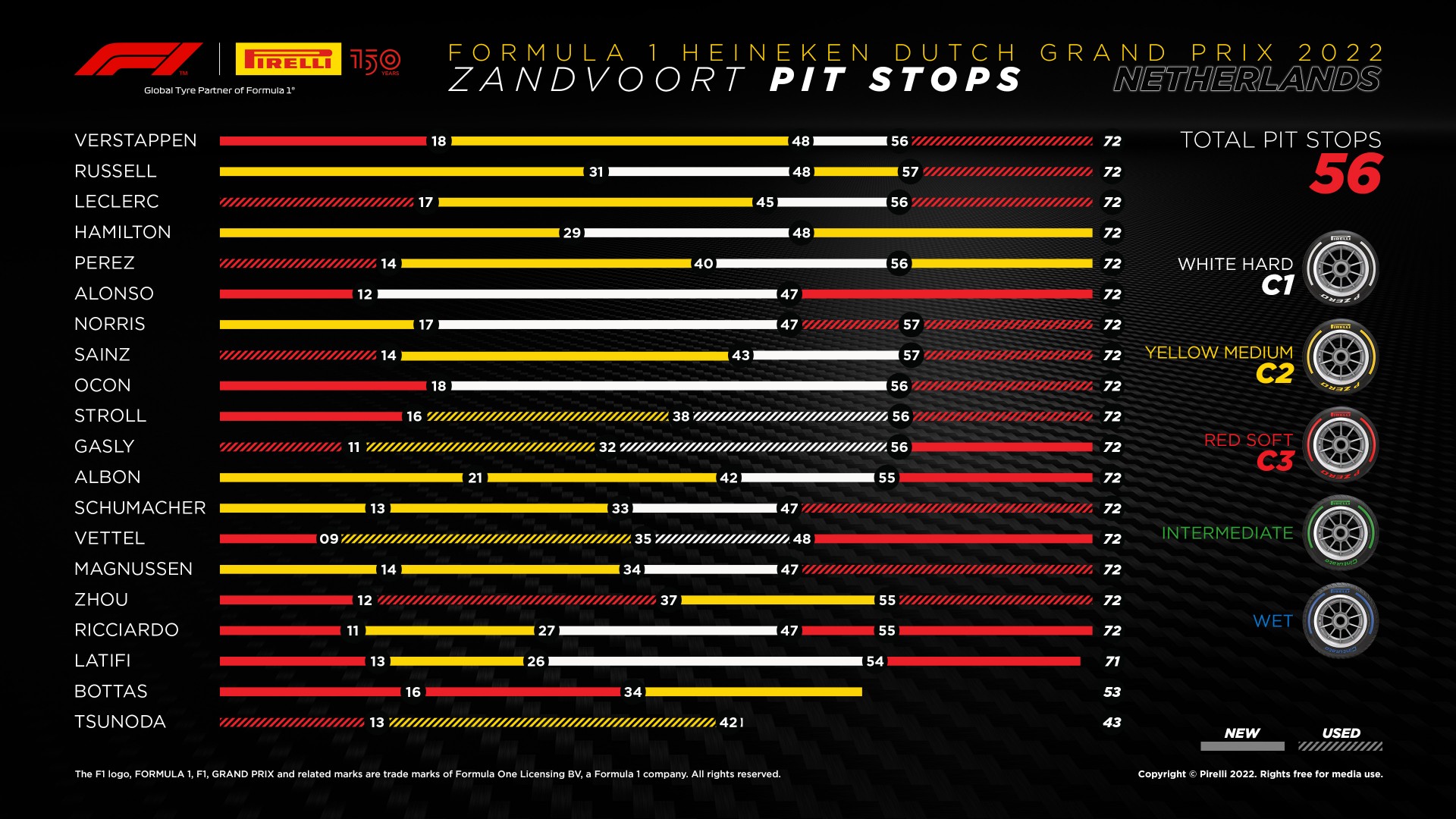 Of the 20 drivers on the grid, 16 started on the soft tyre and just four on the medium – including both Mercedes. This set up a brilliant alternative strategy, as it unlocked the door to a one-stopper, thanks to the incredibly low degradation of the hard tyre over a long stint. Mercedes was the first to realise this, which is what put them in a position to challenge for victory from P4 on the grid – but then the safety car periods mixed up the cards. 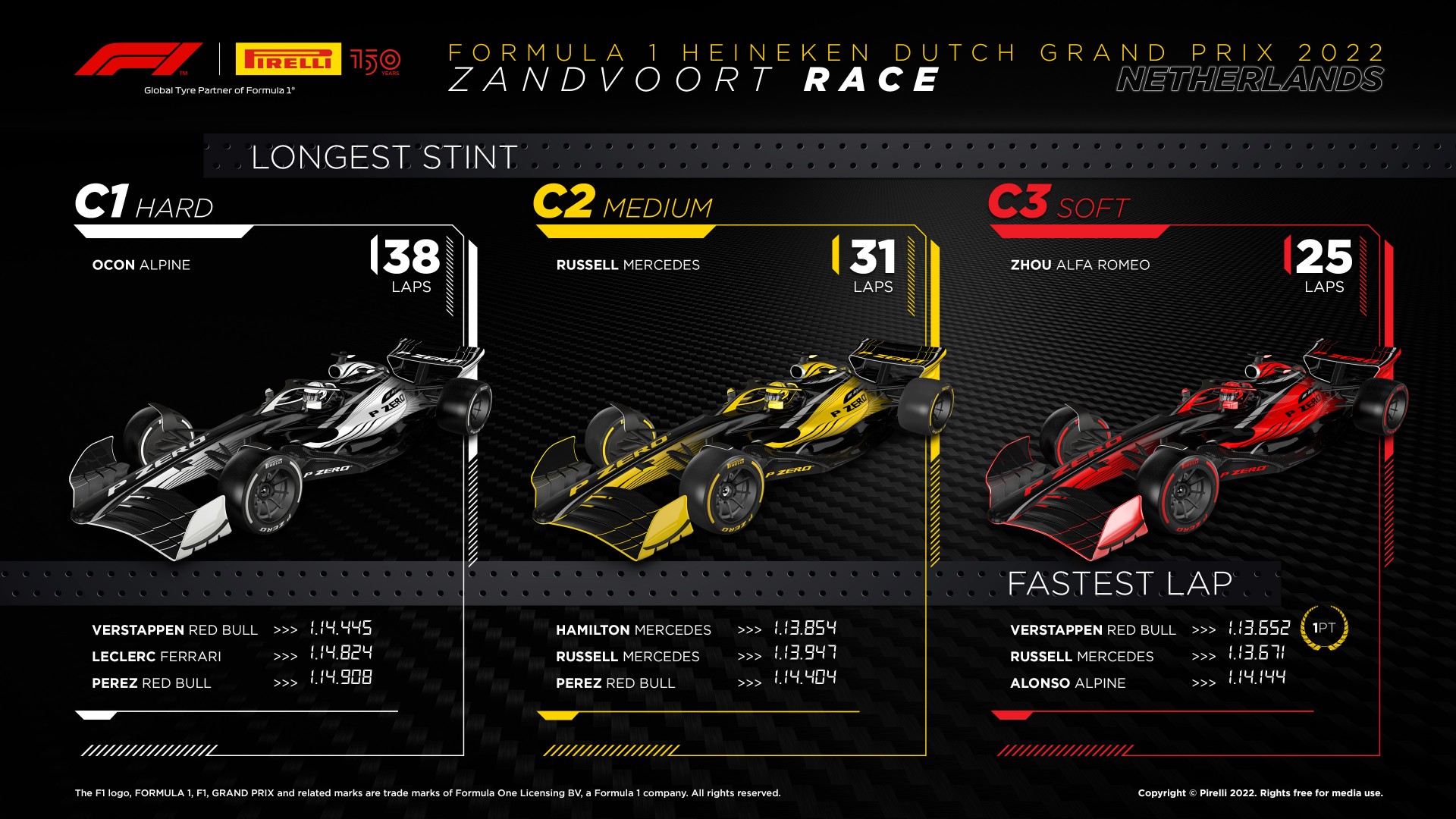