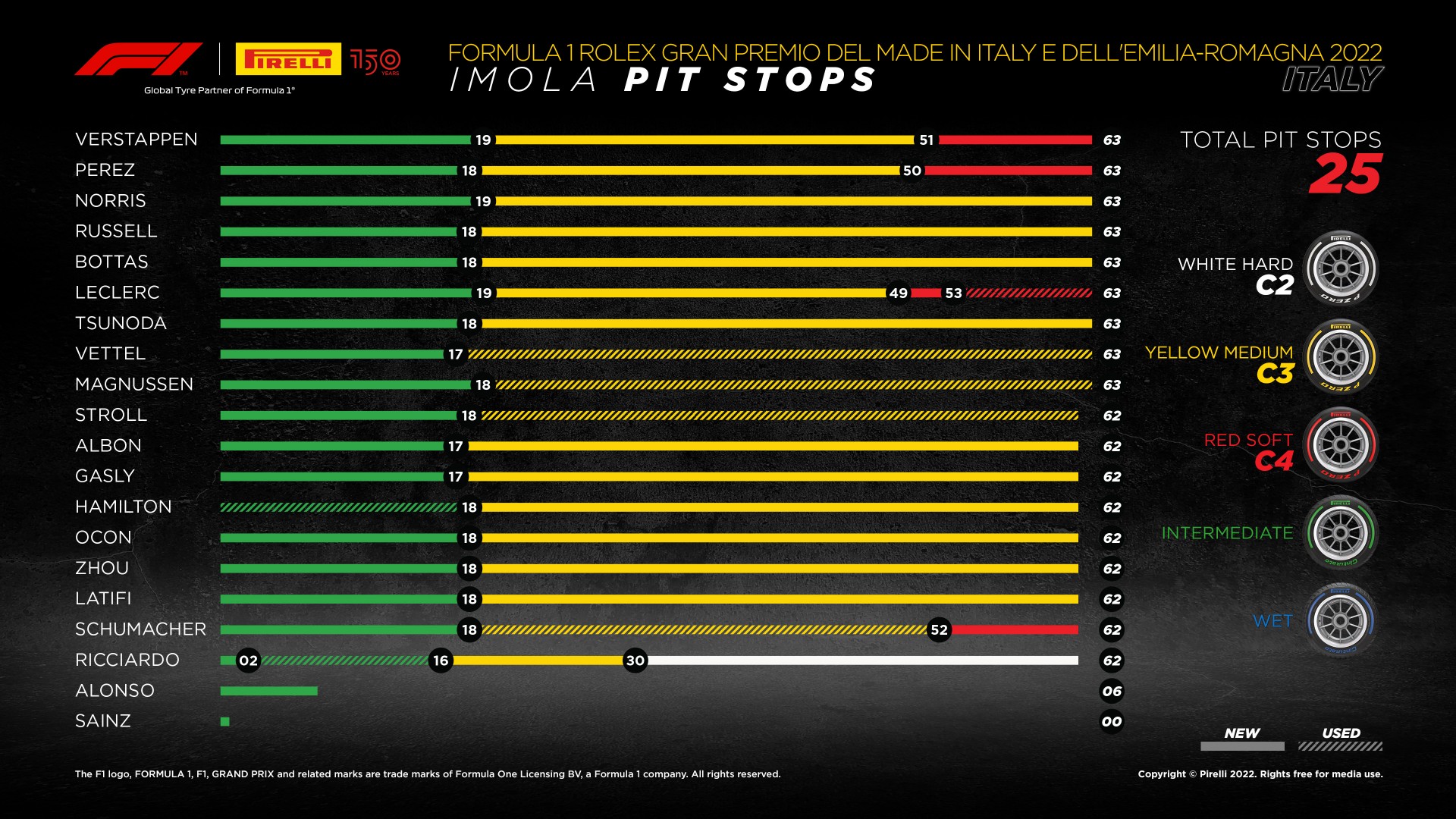 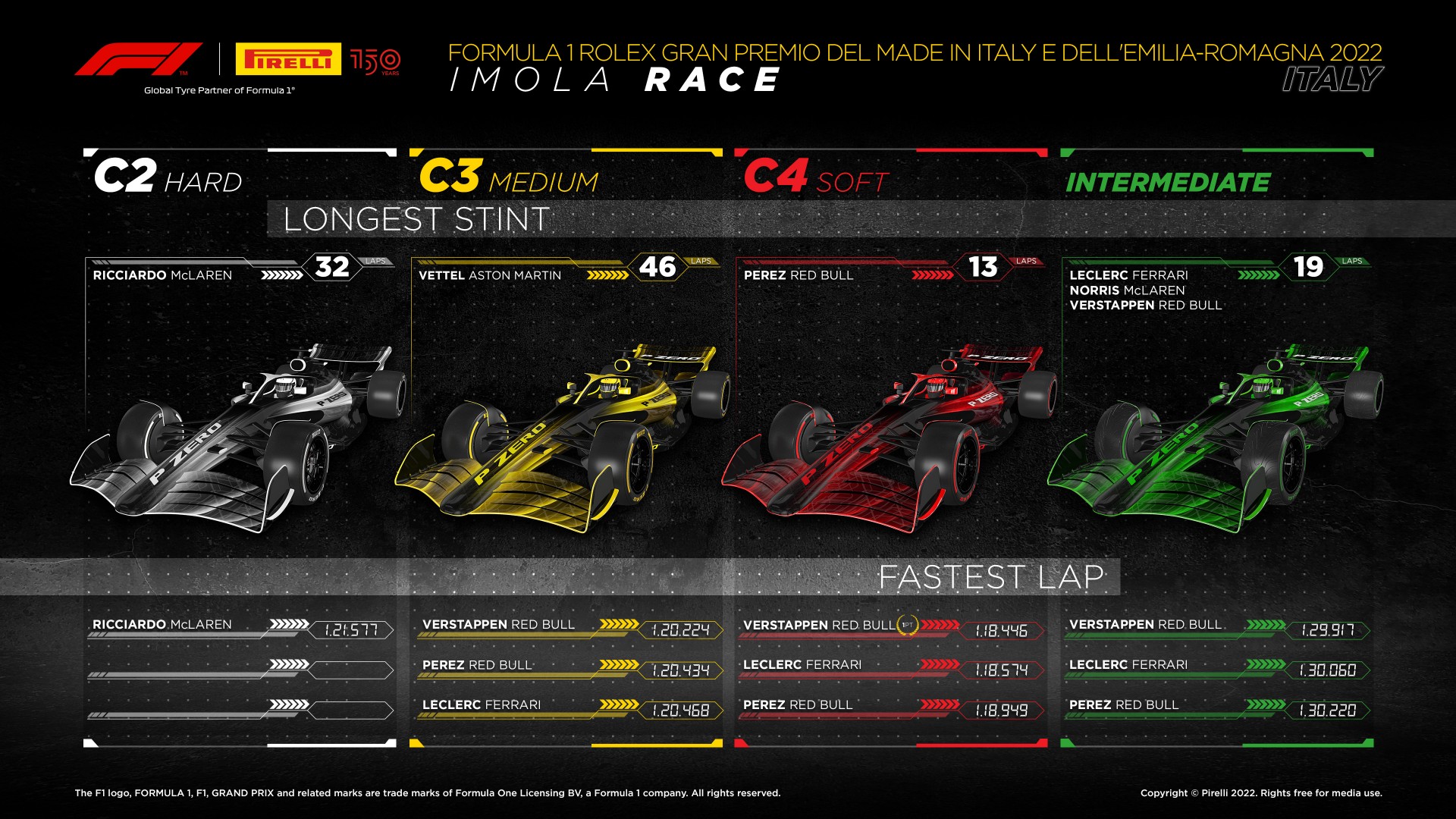 “At the start of the race the intermediates worked well over a reasonably long stint, as was expected. I was a little bit surprised though that everyone chose the medium rather than the soft once the track had dried, in the cool and still damp conditions, but they were obviously thinking about going all the way to the end; and that’s exactly what many of the drivers did. Ferrari came up with an interesting strategy, which was then copied by Red Bull, to go for the fastest lap with the soft tyre at the end. The medium showed impressive adaptability over long runs, because the rain on Friday meant that the teams just had an hour on Saturday morning to understand it, with a maximum run of only around 20 laps possible. Despite that limited information, we saw long runs of 40 laps with no issues. Well done to Red Bull, but also to the fantastic home crowd here at Imola, which always shows such passionate support.”