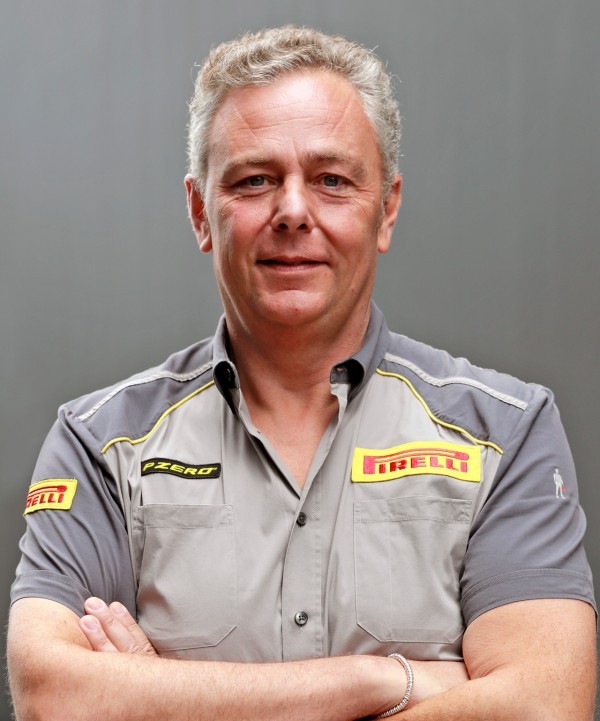 “A race where all three compounds set up a strategy chess game”
“Seeing how all three compounds gave the drivers and teams the chance to approach the race in a sort of strategic chess game on the track and the pit wall is obviously a source of satisfaction for us. There were different strategies, which were all based on individual capabilities to optimise the tyres, with the mediums being a protagonist and the hard and the soft too playing a fundamental role, showing strong performance and limited wear. It all came down to a strategic duel between the two teams that had managed to get the most out of the tyres all weekend. This is particularly significant for us, especially following 15 intense days that took in two tests of the 2023 prototype tyres to collect data on both the hard and the soft compounds in Austin and Mexico City respectively, as well as the comments of the real stars – the drivers – who showed enthusiasm and real engagement when it came to analysing all the topics that emerged, right up to the Friday night of the second test. Congratulations to Red Bull and Max Verstappen for their victory and a new record of 14 wins in one season, in front of Mexico’s unique crowd.”

Verstappen chose the P Zero Red soft tyre at the start to lead, before switching to the P Zero Yellow medium tyres on lap 25 and conceding his advantage. He regained the lead once his Mercedes rivals had made their single stops, and from there it was a question of managing his medium tyres to the finish: completing a 46-lap stint on the yellow compound to win by 15 seconds. 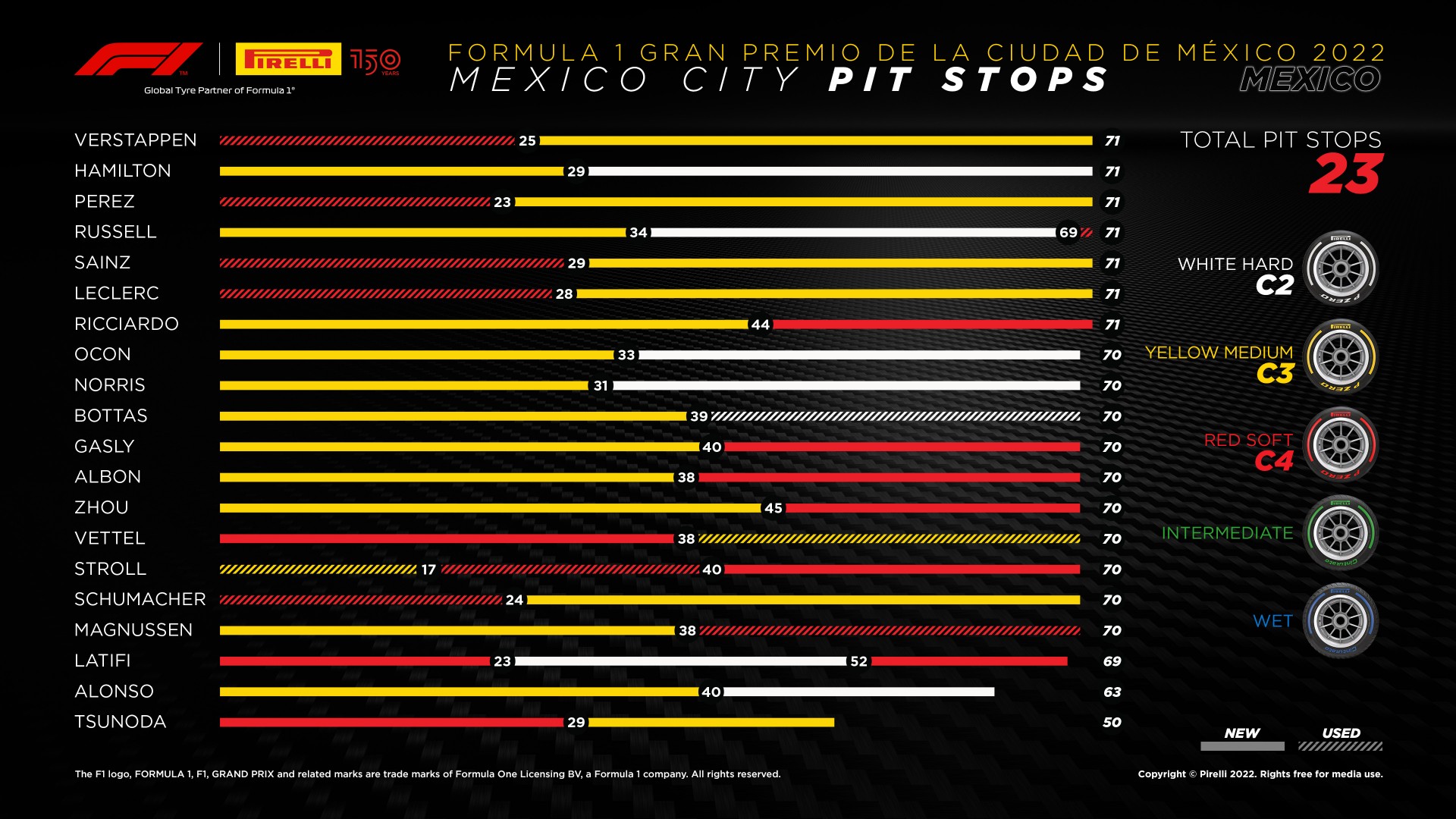 With 12 drivers starting on the soft and eight on the medium, there was a big mix of strategies from the start. This was reflected in the key battle between Red Bull and Mercedes, with Mercedes selecting the P Zero White hard tyre for the second stint after an opening stint on the medium. Lewis Hamilton’s second place at the finish equalled his best result of the season set just one week ago in Austin. His team mate George Russell was one of just three drivers to stop twice, putting on the soft tyre at the end to secure an extra championship point for fastest lap on the final tour.

WHAT TO LOOK OUT FOR NEXT

The final mile is the hardest. All the details gathered from the two FP2 test sessions in Austin and Mexico to determine the definitive slick tyre specification for 2023. The teams will try out these tyres for the first time during the test immediately after the Abu Dhabi Grand Prix, which concludes this season. The following weeks will be crucial for Pirelli engineers and technicians, who will be working hard to conclude their efforts for the 2022 season at the Brazilian Grand Prix from November 11-13, followed by the Abu Dhabi Grand Prix just a week later. 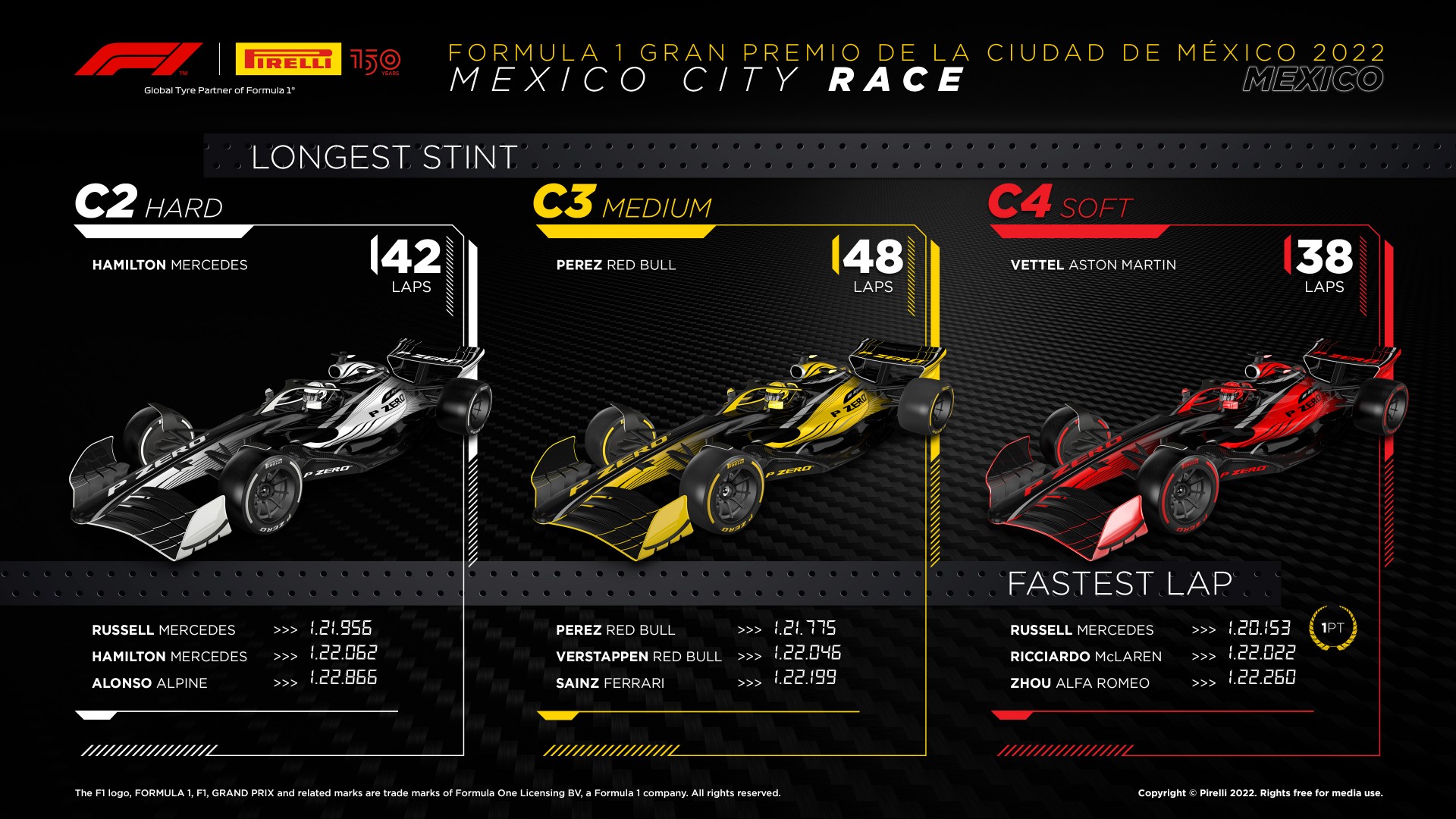