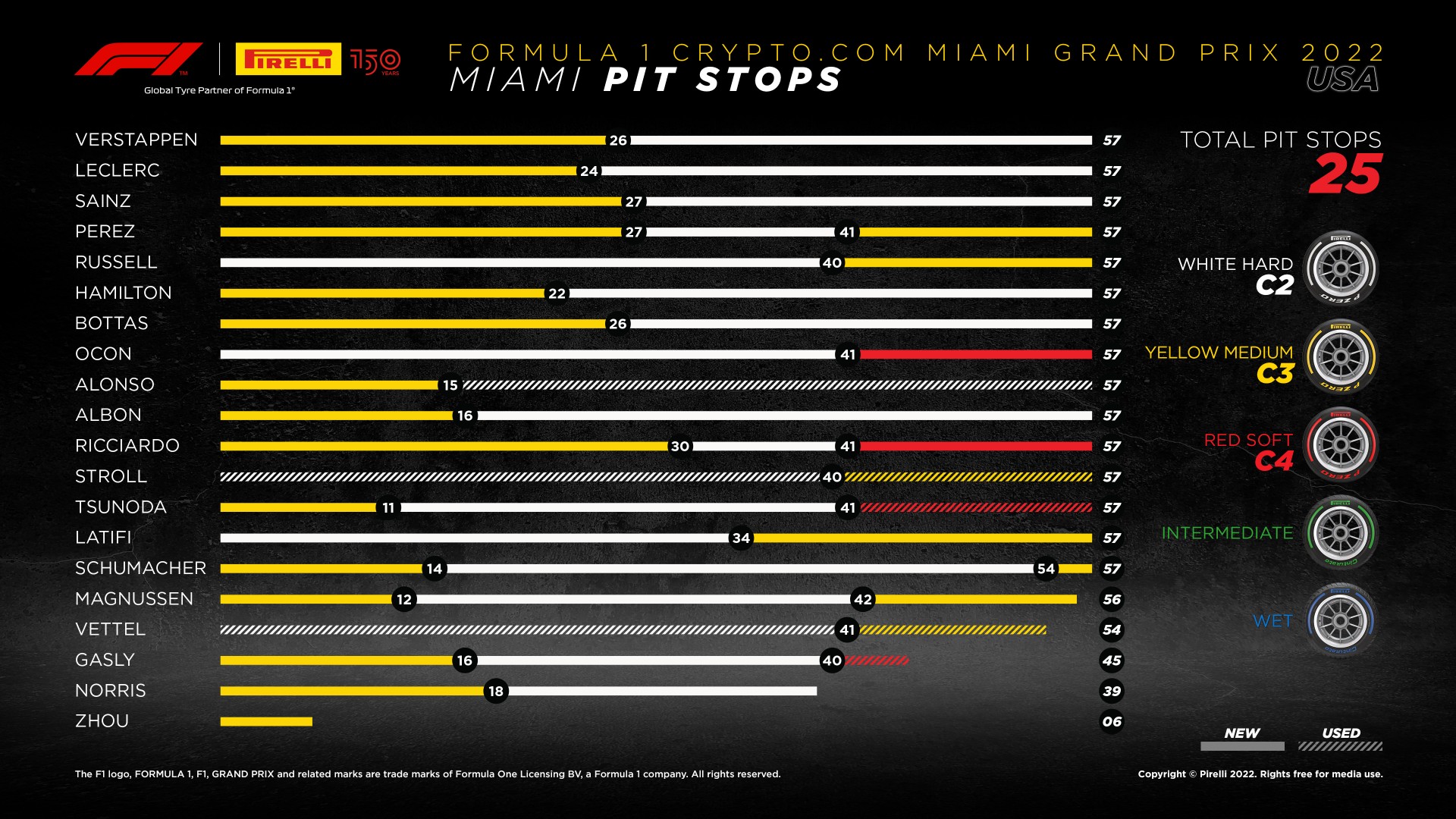 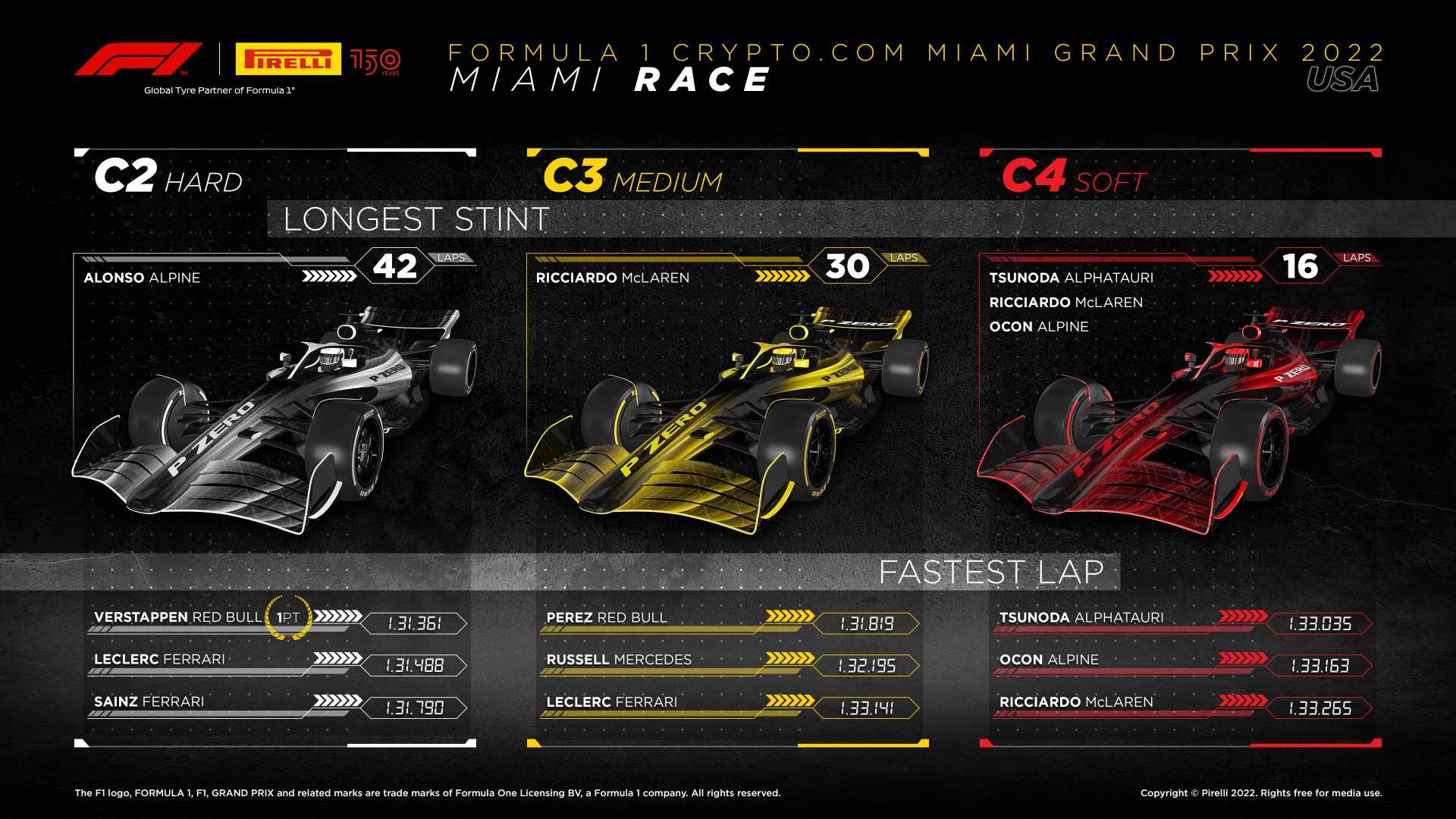 “A strong performance from the tyres here, which meant that the race gravitated towards a one-stop strategy, whereas we had previously anticipated a two-stopper. This was also thanks to the fact that temperatures were notably cooler today compared to previous days. The teams were able to stretch their first stints, probably in the expectation of a safety car or other opportunity, but in the end that only came towards the end of the race, after nearly everybody had stopped. A few drivers tried to take advantage of that by changing tyres, with three drivers running all three compounds during the race. However, Verstappen and Leclerc fought hard for the race win and fastest lap even on used hard tyres in the closing stages. It was an exciting finish to an eagerly-anticipated grand prix: we hope that all the podium finishers enjoyed their special Pirelli American Football helmets!”