“It’s hard to get an exact read on tyre performance as there was plenty of track evolution today, in FP1 and also in FP2, with sand blowing onto the track and the cars sliding around, especially at the start of each session. We saw some graining throughout the day, particularly on the softer compound, due to the track layout here with big lateral loads and sand reducing the grip. That obviously increased degradation and wear; even though certain drivers were still able to control it well. The track evolution we saw today should continue, especially if the wind calms down. We’ve seen the majority of long runs on the medium tyre, which the teams probably consider to be a strong race tyre along with the hard, which showed plenty of consistency. The soft is probably less suited to this circuit as the graining will lead to increased degradation, but it's only Friday and we’re yet to see the full picture this weekend.” 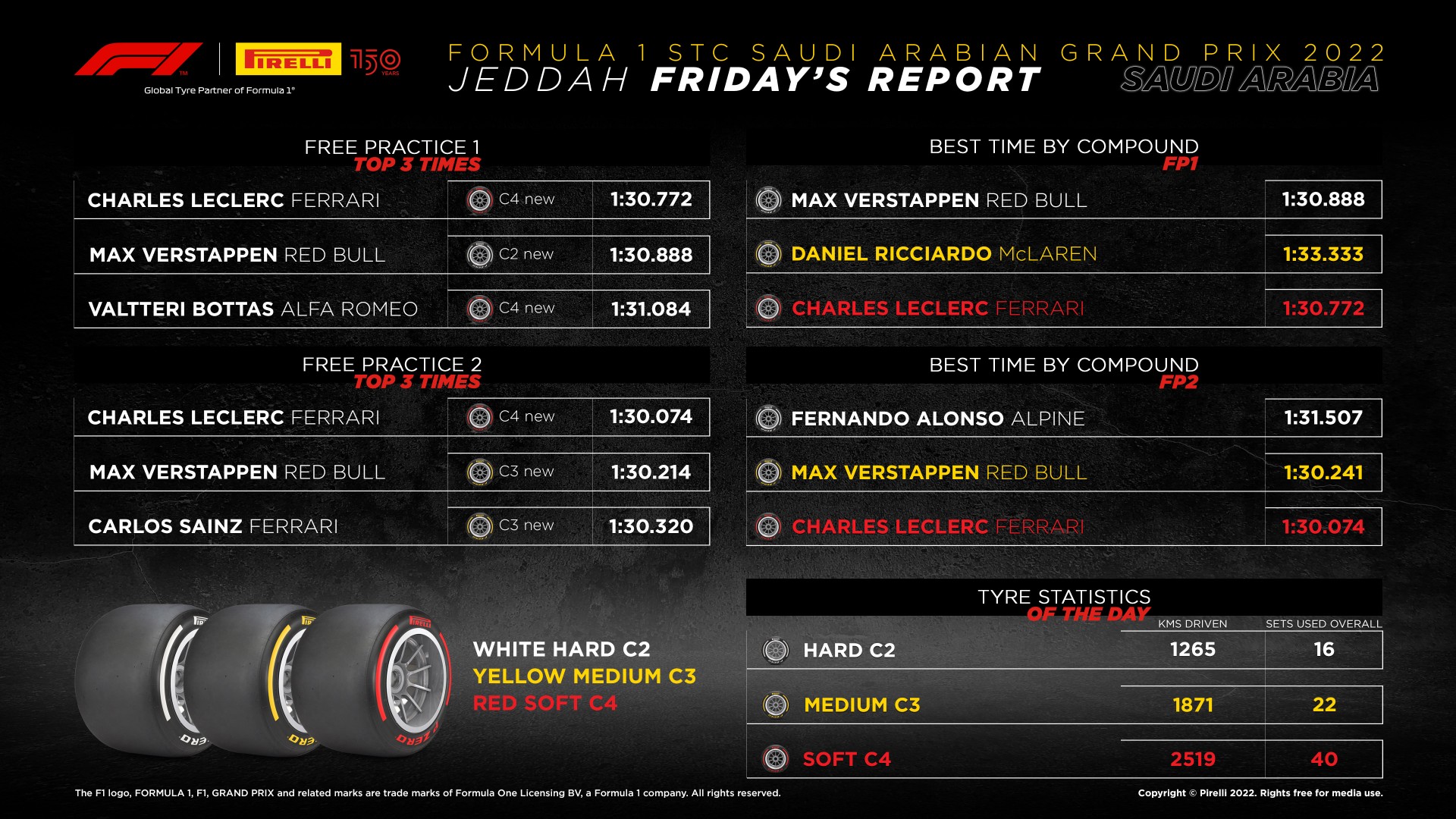 MP Motorsport’s Felipe Drugovich was the fastest Formula 2 driver of the day, claiming pole position in the evening qualifying session after also going fastest in the afternoon free practice. All the drivers used two sets of P Zero Red soft tyre throughout qualifying, which was interrupted by three red flags. Van Amersfoort Racing’s Jake Hughes was quickest before the first two stoppages, but he was then toppled by Drugovich in the final five-minute sprint. Hughes eventually qualified P10, which means that he will be on pole for tomorrow’s sprint race.
In the hotter free practice session this afternoon, which was shortened by two red flags as well, all drivers used the P Zero Yellow medium, nominated alongside the soft this weekend. Both compounds provided good levels of grip, but the delays restricted opportunities for drivers to maximise their performance on the soft and learn more about the medium. In terms of performance, there was only a small gap observed between the two nominated compounds.