On paper a one-stop strategy should be fastest for the 50-lap race tomorrow, focussing on the hard and the medium compounds, with the top 10 qualifiers no longer tied to their fastest Q2 tyres to start on. But a lot will depend on degradation levels. If they are high, then a two-stopper is also a good option, being almost as quick as a one-stopper.
In this case the medium looks like the preferred tyre to begin the grand prix, followed by a central stint on the hard and a final run on the medium. But there is also the possibility to use all three compounds, maybe keeping the soft for the final stint.
As seen in qualifying and the Formula 2 sessions, there’s a high probability of red flags, safety cars and other delays, which can completely disrupt the strategy. So while there is a theoretically optimal strategy calculation to work from, in reality the teams will have to just think on their feet and adapt to the race circumstances, which can change very quickly.

“Pole was just seven-tenths off last year’s best time here in Jeddah, which is a great achievement in only the second race for these brand new cars. The teams focused on the soft compound from free practice this morning in preparation for using it in qualifying this evening. This also means that the majority of drivers have kept two sets of medium and one set of hard, which probably indicates that they will prefer to use these two compounds. But all the runs today, both in free practice and qualifying, were relatively short, so it's hard to know exactly how the levels of graining have evolved. As a result, the strategy is open tomorrow between a one-stopper and a two-stopper, depending on the actual levels of degradation experienced during the race, which of course depends on a number of different factors. Our best wishes to Mick Schumacher for a speedy recovery after the accident he sustained during qualifying: it’s good to see that the new generation of cars are fast as well as safe.” 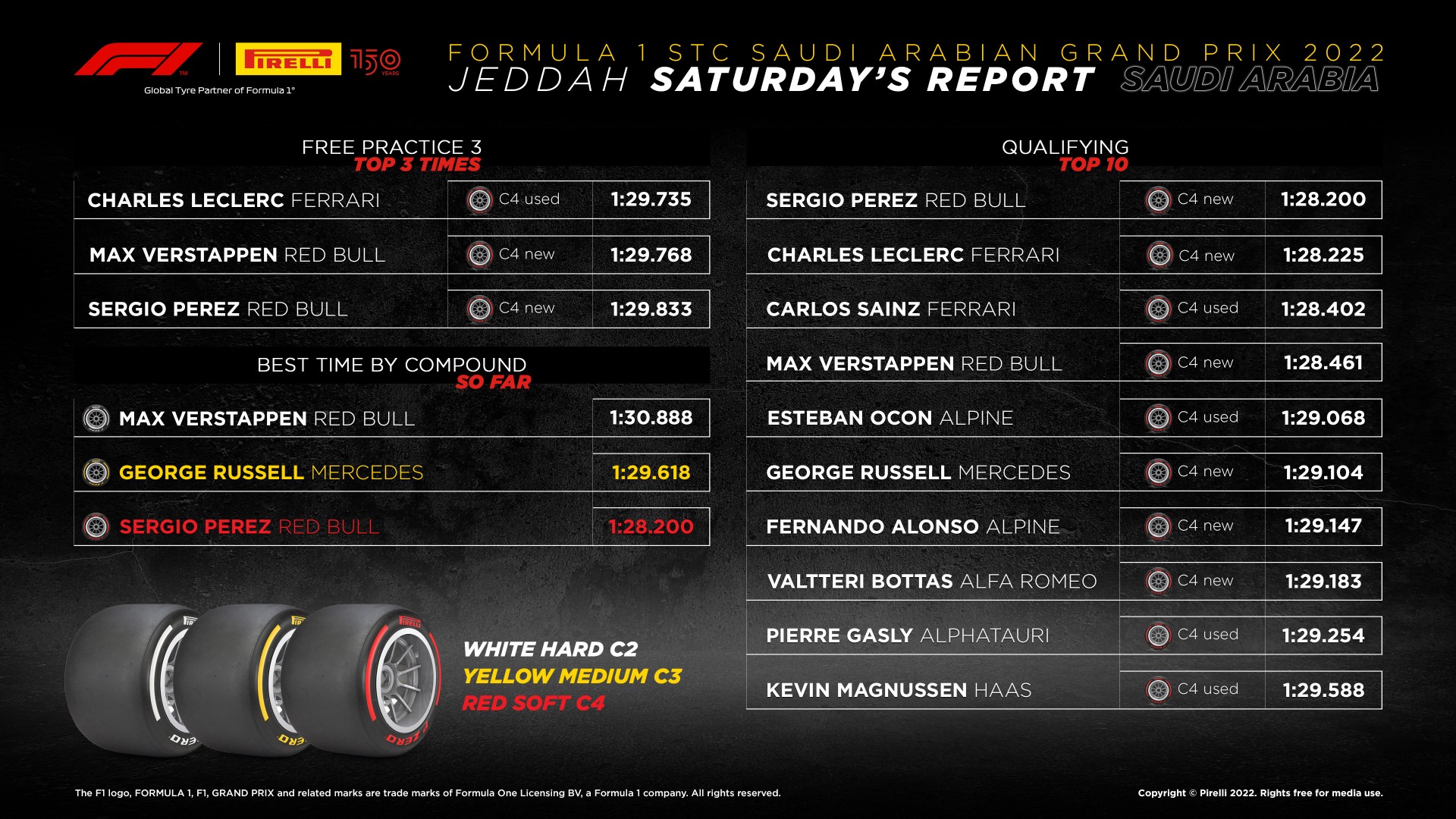 Carlin's Liam Lawson won the Formula 2 Sprint Race which was held in the heat of the afternoon with 46 degrees centigrade of asphalt temperature and 27 degrees ambient. He used the P Zero Yellow medium tyre like nearly all the drivers, apart from four who opted for the P Zero Red soft tyre: ART Grand Prix team mates Frederik Vesti and Theo Pourchaire, Campos Racing’s Oli Caldwell, and Jake Hughes (Van Amersfoort Racing), who started the race from second on the grid. After the second of two early safety car periods, Hughes used the extra grip of the soft to recover from a poor start and take the lead. But Lawson capitalised on the longevity of the medium to overtake Hughes on lap 17 of 20 while Juri Vips, also on medium tyres for Hitech GP, was then able to snatch second from Hughes at the finish. The safety cars affected the race, reducing it to a five-lap final sprint that was not so representative to properly understand tyre performance.