A new range of hillclimb tyres for the championship 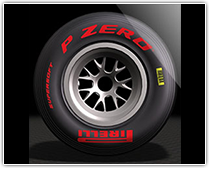 Pirelli has used its motorsport expertise, developed in FORMULA ONE and more than 250 other championships worldwide, to launch a new range of hillclimb tyres for the most powerful cars in the sport. The latest tyres have been created specifically for the intense demands of hillclimb courses, a popular form of motorsport both at regional and international level. Pirelli equips the top category of prototype in hillclimbs this year (weighing 650 kilograms and producing 500 horsepower) as well as the medium category (weighing 650 kilograms and producing 300 horsepower). The new Pirelli hillclimb tyre comes in two versions: slick (with soft and supersoft compounds available) and Cinturato rain: the same name applied to Pirelli’s FORMULA ONE wet weather tyres. They are sold above all in Italy, France, Spain and Portugal, as well as in Switzerland and Eastern Europe. Pirelli’s new hillclimb tyre is for prototype sports cars used for hillclimb courses, which frequently feature changeable and rough asphalt conditions, combined 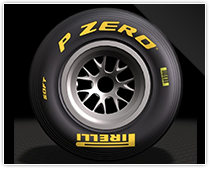 with variable grip and weather conditions. As a sport that is practised all year round, asphalt temperatures can be both hot and cold. This requires an extremely versatile compound, which can nonetheless deal with the short and sharp demands of a hillclimb course where elevation, by definition, is always changing as well. These tyres have been developed with the help of Simone Faggioli, a multiple Italian and European hillclimb champion, throughout the 2014 season. This year, Faggioli contests the Italian and European hillclimb championships with Pirelli tyres.

A new range of hillclimb tyres for the championship
Newsroom