Asian markets, Premium is made in China 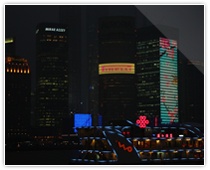 To mark the occasion of the Chinese Grand Prix on 15th April 2012, the Premium Experience Event was held in Shanghai in order to introduce the Pirelli Premium range and its strategy for the Asian market. Another day was also given over to dynamic testing of the Cinturato™ P1™, Cinturato™ P7™ and Scorpion Verde™ at the Dragon Hill circuit where F1™ test driver Lucas Di Grassi was left to entertain the trade press. In China, Pirelli introduced the Cinturato™ P1™, a green hi-tech premium tyre designed for medium/large-engined vehicles that guarantees lower fuel consumption and top performance. The new Cinturato™ P1™ also strengthens the premium strategy in the Asia-Pacific market where the premium segment accounts for 35% of total sales. In order to meet the growing demand for these products, Pirelli has decided to consolidate its presence in China by increasing investments and manufacturing capacity of tyres for the Asian market. 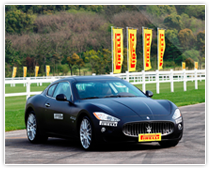 The 400 million dollars already invested in Pirelli’s Chinese manufacturing facility in Yanzhou will increase by a further 200 million dollars by the end of 2014. Upon completion of the project, the Shandong province works covering 180 thousand square metres and with more than 2,800 employees will become the largest in the entire Pirelli organisation. This strategy reflects Pirelli “local-for-local” policies and indeed the markets of the Asia-Pacific Region and of the Russian area are the destinations of tyres manufactured in China. Finally, the project will also be boosted by the expansion of the Chinese sales network whose sales outlets will increase from just under 1,000 to more than 3,000.

Asian markets, Premium is made in China
Newsroom