Biaggi and Melandri share the wins again at MotorLand 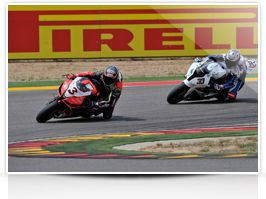 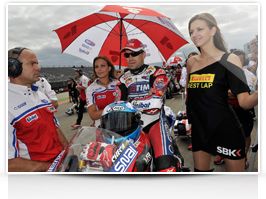 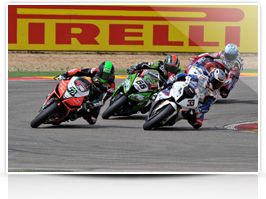 There was drama aplenty in warm conditions, but raceday temperatures had cooled from the fiery intensity of the first two days, a factor that played a part for some riders in their final fortunes. Strong winds also affected the riders today, but the abiding memory of all will be a superb second race in which Melandri held off the attentions of not only Biaggi, but also two other Aprilia riders, Eugene Laverty (Aprilia Racing Team) and Chaz Davies (ParkinGO MTC Racing Aprilia). Davies had to catch up the leading trio in a forceful run to the front and was rewarded with his first career podium to add to his fourth place from race one. Race 1 Biaggi secured a tight win by only 0.278 seconds from his great rival Melandri. This was Biaggi’s fourth win of 2012, and his third in a row. The top two were well clear of the battle for third, which eventually went to Carlos Checa (Althea Racing Ducati) from Davies, even though he took it in bizarre circumstances after Tom Sykes (Kawasaki Racing Team) was deprived of what looked like a sure podium place when Ayrton Badovini (BMW Motorrad Italia GoldBet) lost the front and his machine, which then hit Sykes’ rear wheel, and both riders fell. Max Biaggi: “It was a nice race. I saw I could stay in the lead. The tyres are always a problem here and it’s very difficult to keep the pace, but we were working good all weekend to be comfortable with the tyres moving around. There were only two riders in front, we tried to overtake each other and understand where and what was possible to do at the end. The result could have been the other way around but this time I did it so I’m happy.” 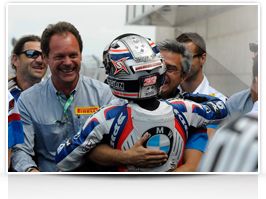 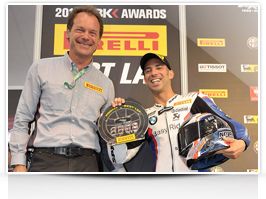 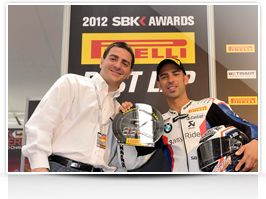 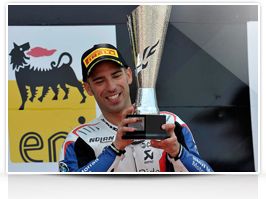 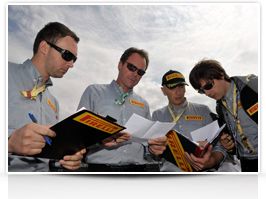 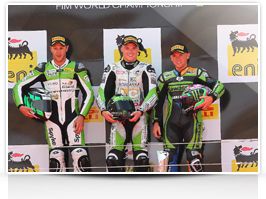 Biaggi and Melandri share the wins again at MotorLand
Newsroom