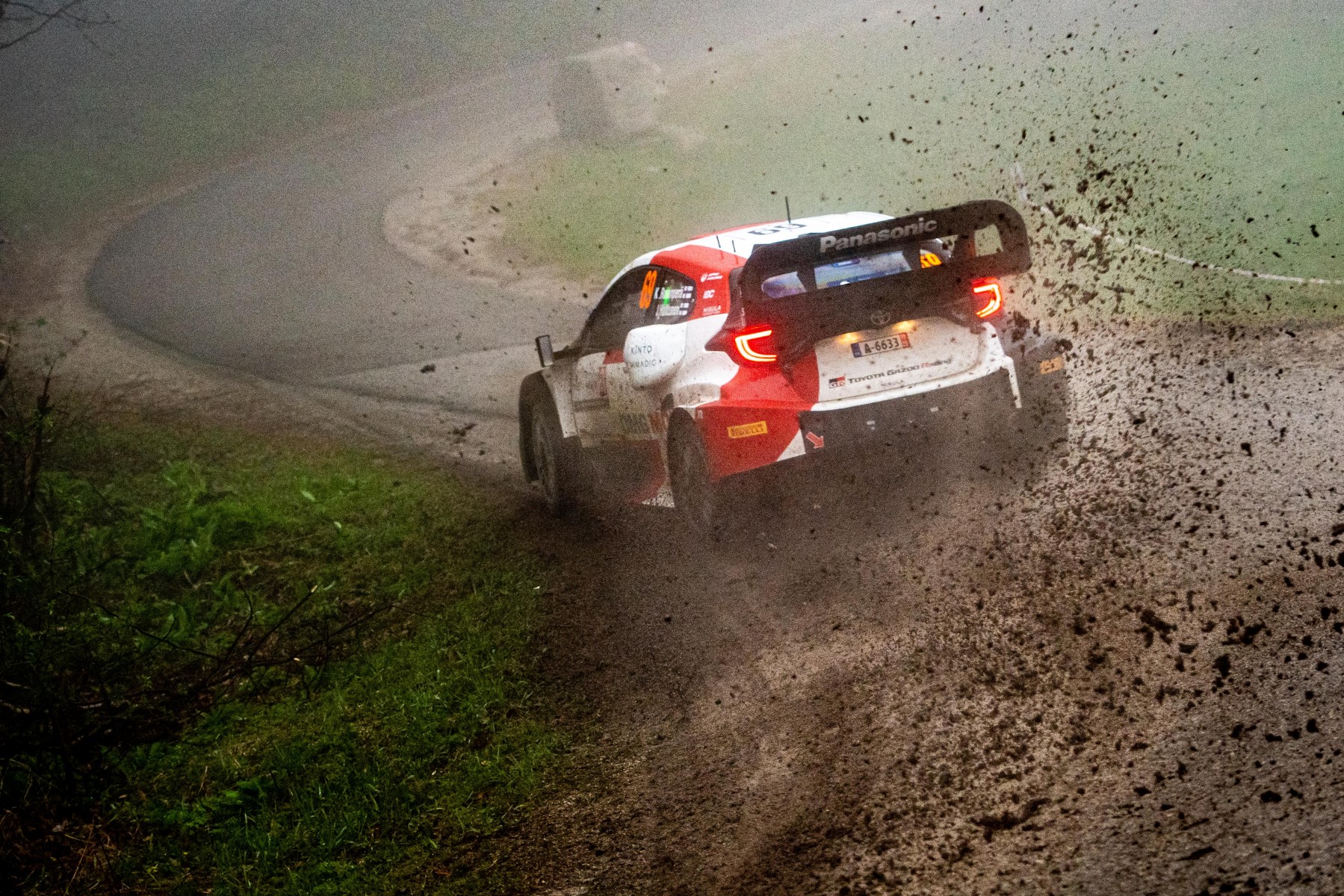 Heavy rain in Croatia created some of the most extreme conditions seen on an asphalt rally in recent memory.

Toyota’s championship leader Kalle Rovanpera made the most of the cleaner surfaces he encountered by running first on the road to pull out an impressive lead of more than a minute at the end of the opening day, ahead of the Hyundai duo of Ott Tanak and Thierry Neuville.

Those running further down the order encountered roads that were made even more dirty by previous cars cutting corners, dragging mud and gravel onto the racing line and further reducing grip. As a result, many drivers had significant moments that compromised their chances.

With three different Rally 1 manufacturers in the top four, a fourth manufacturer – Citroen – currently leads the Rally 2 standings, in the top 10 courtesy of Frenchman Yohan Rossel. The Junior standings are currently led by Estonia’s Robert Virves in his Ford Fiesta.

Despite the difficulty of the conditions, average speeds were still high: the fastest stage average was set by Toyota’s Elfyn Evans on SS3, Krasic Vrskovac: 108.7kph.

Pirelli’s rally activity manager Terenzio Testoni commented: “Today was run in truly extreme asphalt conditions that were right on the limit, which caught a few people out. Because of the low grip and slipperiness of the roads – down to so much water and mud on the surface – the drivers tended to take even deeper cuts than usual, on occasions damaging not only the wheel rims but also their tyres. It would have been a similar story in these conditions even on gravel tyres. Consequently, it’s no surprise that the top three classified drivers were nearly a second per kilometre slower over the afternoon stages than they were on exactly the same loop in the morning.”