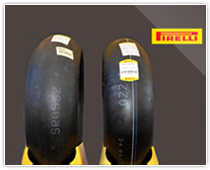 The new 17-inch Pirelli Diablo™ Superbike tyres passed the test and will be run in the Championship starting next season. At the beginning of July 2012, the following teams participated in the trials on the Spanish Motorland Aragón circuit: Aprilia Racing Team, Althea Racing, Honda World Superbike Team, FIXI Crescent Suzuki, BMW Motorrad Motorsport, BMW Motorrad Italia Goldbet, Kawasaki Racing Team and Pata Racing Team. In two sessions of 2 hours and 20 minutes each, the riders tested the 17-inch Diablo™ Superbike in 3 different solutions for the front and 2 solutions for the rear; all were of SC1 intermediate compound but were different in terms of structure, construction materials and profiles. In most cases, the riders considerably improved lap time by up to 1.5 seconds, while others matched the performance achieved with 16.5-inch tyres. 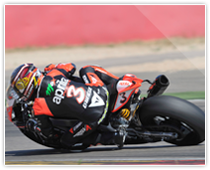 Thanks to feedback received during the tests, Pirelli has finalised the solution that  received the most praise from the riders . Being developed on this solution is next year's SC1 reference tyre, in addition to the entire range of compounds that will be available to customers starting in 2013. Pirelli believes it's the right time to introduce the 17-inch tyre to Superbike, as motorcycle manufacturers and the market are ready for change; some supersport bikes on the market already use large-size tyres and motorcyclists are ready using high performance 17" tyres. The Superbike World Championship is a valuable test and training ground that allows Pirelli to best study and develop 17" tyres, along with other products of the highest quality, developed and fine-tuned with the help of Superbike champions.