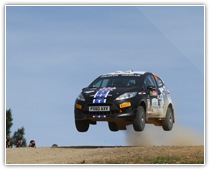 Pirelli supplies its racing tyres in some 70 different motorsport and rally championships around the world and is also the sole tyre supplier to a number of these competitive series. Rally activities: Last year Pirelli won 22 open national championships. Pirelli has signed an agreement with Renault Sport and Citroën Racing becoming the sole tyre supplier to these one-make rally championships, for a three-year period starting from 2011. Citroën Racing’s Rally Trophy visited 10 European countries this year, with events taking place in Belgium, Czech Republic, France, Ireland, Italy, Poland, Portugal, Romania, Switzerland and Great Britain. French Rally Championship Thanks to Pirelli’s partnership with Renault and Citroën, the Italian tyre manufacturer has significantly increased its presence in the French Rally Championship this year. Some of the events on calendar this season featured peaks of more than 60 Pirelli-fitted cars, equivalent to 35% of the total entry list: a record without precedent. WRC Academy and young drivers Young crews from 13 different countries participate in the 2011 FIA WRC Academy, all at the wheel of identical Ford Fiesta R2 equipped with Pirelli control tyres. The drivers’ maximum age is 24. Estonian driver Egon Kaur won the first three races this year, while Irish driver Craig Breen claimed victory on the German round and British driver Alastair Fisher made a dominant win in France. Paolo Andreucci’s victories Paolo Andreucci has recently won his sixth Italian Rally Championship title, the fifth with Pirelli tyres. He has also obtained his sixth success in the Targa Florio Rally establishing a new record. The Targa Florio Rally celebrated its 95th edition this year and represents a legendary event in the history of motorsport, world-wide. Pirelli Star Driver in the British Rally Championship: five years of young talent For the fifth consecutive year, Pirelli is supporting the Star Driver programme during the British Rally Championship, with the aim of helping young promising British drivers to emerge in this competitive rally competition. Thanks to this programme, the 22 year-old Irish driver Elfyn Evans claimed the runner-up spot in the 2011 British Rally Championship, at the wheel of a Subaru Impreza. In 2012, the new Skoda Fabia R2 car will be made available to a new selected Star Driver. Circuit activities: Pirelli is the sole tyre supplier to the Ferrari Challenge, Lamborghini Blancpain Super Trofeo and Trofeo Maserati Challenge GranTurismo MC: three prestigious one-marque racing series, which Pirelli has supported since their inception. The Ferrari Challenge Pirelli Trophy, which the Italian tyre manufacturer has supported as the sole tyre supplier since 1993, has savoured a thrilling season in Italy, Europe, US and in the Asia-Pacific region. The 2011 season was characterized by the debut of the new Ferrari 458 Challenge equipped with the latest evolution of the 19-inch Pirelli tyres specifically developed for the new Ferrari car. The Italian tyre manufacturer has enjoyed a successful season supporting Lamborghini and Maserati during their prestigious one-make series which visited some of the most famous circuits of the world. Pirelli, the expert in GT, GTS and Touring Championships An average of 44 cars participated in the 2011 US Pirelli World Challenge. This promising American championship comprises three classes (GT, GTS and Touring) and was won by a Porsche 911 this year. GT Series, which is the most famous Championship in Latam (Brazil), celebrated its fifth edition this year. It comprises ten rounds taking place in the most important Brazilian circuits: a must for some of the most prestigious car brands such as Ferrari, Corvette, Lamborghini, Ford GT, Viper, Audi, Porsche, Maserati and Ginetta. Pirelli, the sole supplier for GT Club Carnival - China The first edition of the GT Club Carnival - China took place on from 14-15 May 2011, with Pirelli appointed as the sole tyre supplier for the Shanghai race. More than 1000 GT cars lined up for the first GT Club Carnival day of competition. A long time ago… In 1907, Prince Scipione Borghese used only 16 Pirelli tyres on his Itala car to cover the distance between Beijing and Paris and win the legendary event, confirming the exceptional durability of Pirelli’s tyres: a must for that kind of competitions.

Did You Know That... ?
Newsroom