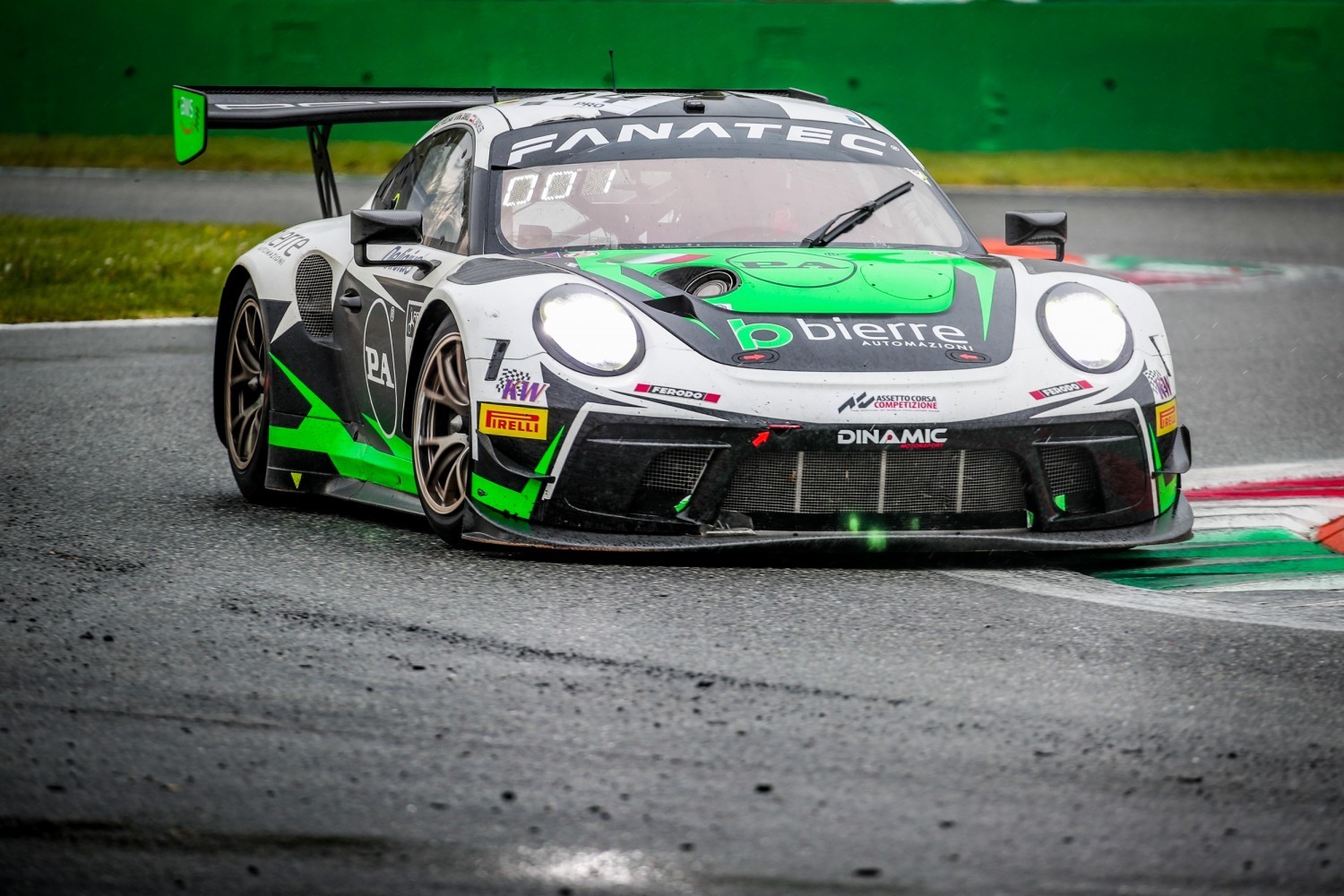 April 19, 2021. Christian Engelhart, Matteo Cairoli and Klaus Bachler claimed a brilliant GT World Challenge Europe victory in tricky weather conditions on the opening round of the season at Monza. The Porsche trio applied a solid strategy throughout the wet and dry three-hour Endurance race to climb from 12th on the grid to victory – by just over three seconds from the AKKA ASP Mercedes-AMG of Jules Gounon, Dani Juncadella and Raffaele Marciello.

Warm temperatures on Saturday were replaced by dark clouds and the threat of rain on race day. Topping qualifying for the three-hour race was the FFF Racing Lamborghini of Andrea Caldarelli, Mirko Bortolotti and Marco Mapelli.

While the 42 cars started on the P Zero DHE slick, the Cinturato WH rain tyre was soon the only choice. The challenging conditions resulted in a number of incidents and accidents, putting debris on the track that caused some punctures as well.

Staying out of trouble was the Dinamic Motorsport Porsche, which climbed 11 places from its starting position to win from the AKKA ASP Mercedes.

“For everyone, starting the World Challenge Europe season at our home circuit of Monza is a great honour as this is always one of the most spectacular and exciting tracks in the world. This weekend, the weather made it an even bigger challenge than usual. Knowing when to stay on slick tyres and when to move to the wet tyres is a big decision, so congratulations to Dinamic Motorsport and Porsche, who made all the right calls to succeed. Getting the most out of the tyres in these extreme conditions and making them work even outside the optimal window was particularly delicate today, but both the P Zero and Cinturato provided enough grip to overcome these challenges.”

76: The cars that finished the race racked up 76 laps of the demanding Monza circuit, more than 20 than those covered in a normal Formula 1 race.