A third consecutive victory and red plate for Romain Febvre in MXGP; Tim Gajser wins again in MX2. Herlings, out of the race due to injury, still leads the MX2 championship The second half of the 2015 FIM Motocross World Championship began with the Grand Prix of Germany held on the spectacular Talkessel Circuit in Teutschenthal. The German track, which is located near Halle, has a mid-hard base that largely offers poor grip and on which the Pirelli SCORPION™ MX32™ provided excellent performance and gave the opportunity for the brand’s riders to win in both classes. 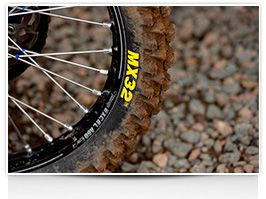 It was a memorable day in the MXGP class for Romain Febvre who after taking overall Grand Prix victory grabbed first place in the standings; also thanks to the Max Nagl's ankle injury in Saturday’s qualifying race that left the German rider out of his home race. The French rookie, equipped by SCORPION™ MX32™ 80/100-21 front and 110/90-19 rear, won the first heat and finished runner-up in the second. A second consecutive podium finish was claimed by Kevin Strijbos (he was third overall) who - unlike Febvre - had opted for the SCORPION™ MX32™ 120/90-19 rear. A good fourth place overall belonged to Jeremy Van Horebeek; the only Pirelli rider to choose the SCORPION™ MX32™ 90/100-21 front. As expected it was a difficult weekend for Antonio Cairoli in the aftermath of his Maggiora injury. The World Champion was able to secure ninth place overall and to reduce the gap to Febvre to just 17 points. 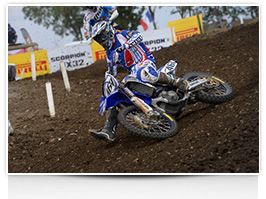 Tim Gajser owned the MX2 class thanks to a victory and a second place in the two heats. The Slovenian, that maximised the SCORPION™ MX32™ 80/100-21 front and 110/90-19 rear, toasted his third Grand Prix win of the season. Second place was for Max Anstie who, despite being sponsored by another tyre brand, climbed the podium and won the second moto by relying on the SCORPION™ MX32™; recognizing the tyre’s performance. A solid fourth place overall was obtained by defending champion Jordi Tixier. Jeffrey Herlings is still leading the championship with a 100 point lead over Gajser despite a shoulder injury that he suffered in the first heat and has left him out of the GP. Pirelli has been a main player in the fifth round of European EMX2 class thanks to the Steven Clarke's win and the third place of Brian Hsu. Nick Kouwemberg, fourth overall, is back in the lead of the championship standings. A weekend break separates the riders from the eleventh round of the season, the Grand Prix of Sweden that will be held on 4th/5th July in Uddevalla. 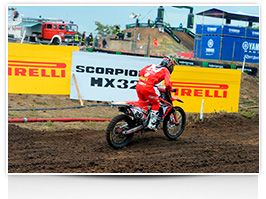 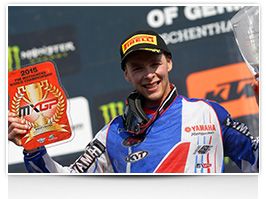