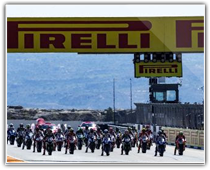 The first European round of the MOTUL FIM World Superbike Championship, where Pirelli is Event Main Sponsor and which, for this reason, took on the name Pirelli Aragón Round, came to an end at the MotorLand Aragón circuit with a win by Chaz Davies (Aruba.it Racing-Ducati) in Race 2 that brings home the first double win of the season for Ducati after success in Race 1. As for the compounds that Pirelli brought to this round, in the top class the rear DIABLO™ Superbike standard SC0 was the undisputed protagonist and it demonstrated once again that it adapts well even at temperatures that are less than ideal for its use. At the Chang International Circuit of Buriram, Thailand, the second round of the MOTUL FIM World Superbike Championship, the green machines from Akashi were uncatchable by the rest with a win, the first of the season for Tom Sykes (Kawasaki Racing Team), and a second place finish for teammate Jonathan Rea, who had already won Race 1. The Pirelli racing range of  products were confirmed as the winning choice for this second round of the championship. In the top category the riders used DIABLO™ Superbike range slicks, SC0 on the rear and SC2 on the front, and they used grooved DIABLO™ Supercorsa SC0 on the rear and SC1 on the front in Supersport. 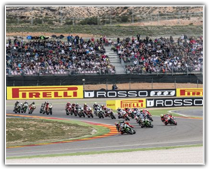 At the first round of the season, held at the Australian Phillip Island circuit, reigning champion Jonathan Rea confirmed his top form and, after winning Race 1, he also took Race 2, bringing home a double win for Kawasaki. Pirelli provided the riders with two front and three rear solution options, but the undisputed protagonist was definitely the new U0794 rear development solution in medium compound that allowed an improvement in race time of half a second per lap with respect to the best race time last year, an important result that demonstrates the big steps forward Pirelli has taken in creating increasingly more effective development solutions on this track.