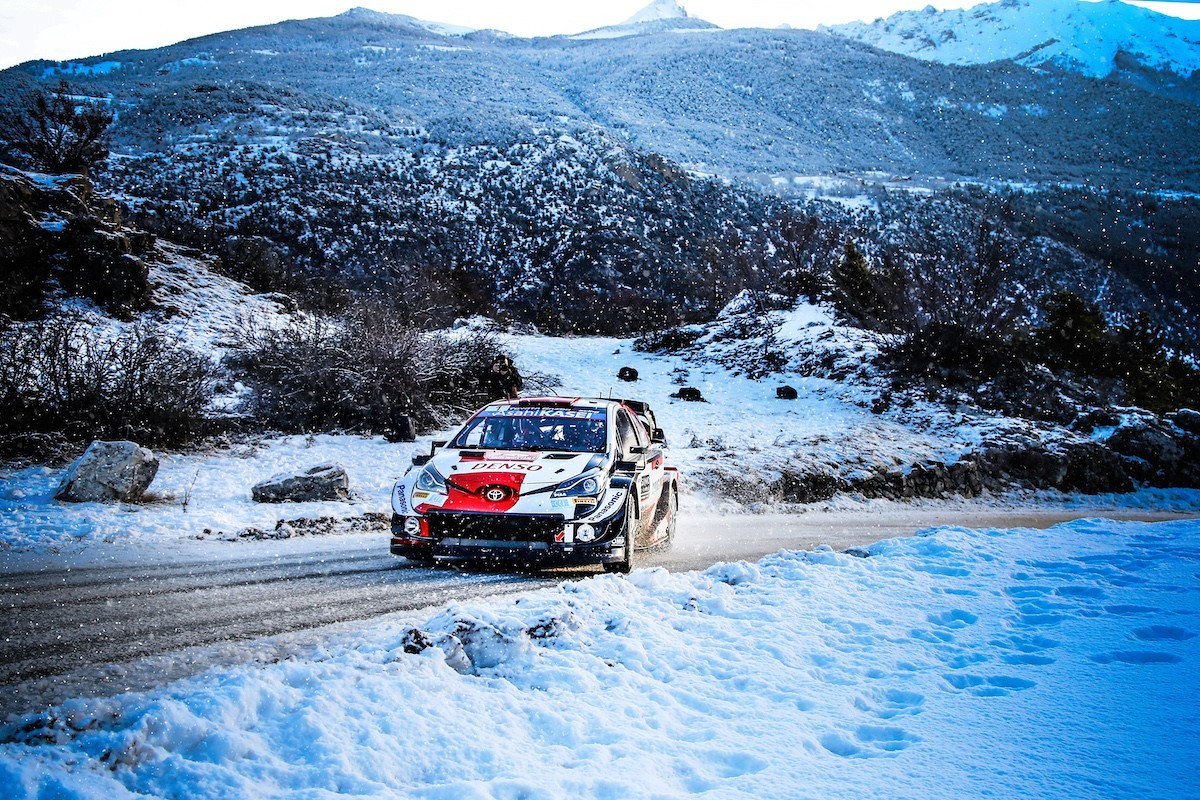 Milan, January 24, 2021 – Toyota driver Sébastien Ogier claimed a record-breaking eighth win on Rallye Monte-Carlo – marking the return of Pirelli as exclusive WRC tyre supplier – to become the most successful driver in the history of world rallying’s most prestigious event. He led a Toyota one-two ahead of his team mate Elfyn Evans, while Hyundai’s Thierry Neuville was third.

Pirelli brought four types of tyre to Monte Carlo: P Zero in soft and supersoft compounds, plus Sottozero with and without studs. Ogier used them all with the exception of the P Zero soft. However, the tyre that made the difference was the Sottozero STZ-B with studs, allowing competitors to negotiate extreme low grip conditions, especially with ice, that would be impossible otherwise. This tyre contains 200 two-millimetre studs, which bite through ice and snow to generate grip.

The studded Sottozero tyre was used by Ogier to claim a stunning victory on Saturday’s SS9 (La Bréole-Selonnet): a full 17 seconds faster than any other competitor. This helped him claim an advantage that he would never lose, eventually winning the rally by 32 seconds.

“We’re very satisfied with the performance of all our tyres on Rallye Monte-Carlo: probably the most critical event for tyres of the whole season, as tyre choice can be the determining factor; especially in conditions as extreme as we saw this year. Our snow tyre performed exceptionally well in wet and muddy conditions, despite not being a specific rain and mud tyre, while the studded tyre was able to provide the grip needed to master the ample snow and ice that was a distinct feature of this year’s event. The studded Sottozero was also used in dry conditions on Sunday, providing consistent performance without losing studs. Congratulations to Sébastien Ogier for his historic achievement today.”

Covid-related restrictions meant that crews faced some stages very early in the morning in weather conditions that were extremely icy and unpredictable. Furthermore, the absence of spectators meant that there was nobody around to assist any competitor who slid off the road and got stuck.

The WRC 2 win, for factory-backed drivers in Rally2 cars, was claimed by Pirelli test driver Andreas Mikkelsen in a Skoda, by nearly one minute from Ford driver Adrien Fourmaux. WRC 3, for privateer Rally2 car drivers, was won by Citroën driver Yohan Rossel.

“Conditions were extremely tricky this year; in some places it didn’t even feel like we had studs in the tyres. The car has been amazing – such a pleasure to drive.”