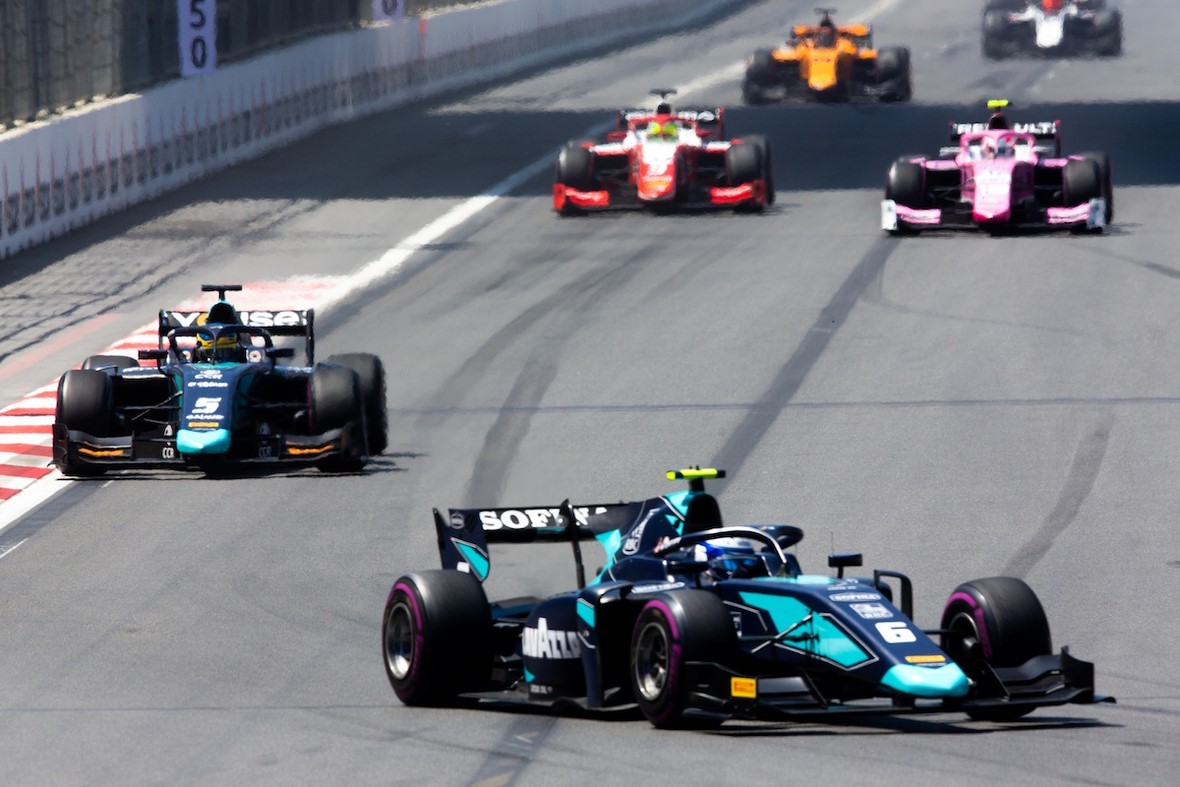 F2 will use soft and supersoft tyres in Monaco

Milan, May 21, 2019 – The FIA Formula 2 Championship drivers will get a taste of the world’s most famous street circuit when they compete as part of the Monaco Grand Prix weekend. Formula 2 has been associated with Monaco for many years, making it the most prestigious race of the year for the next generation of drivers.

• Monaco has the slowest average speed of any circuit on the calendar. There is greater reliance on mechanical grip from the tyres than on the aerodynamic grip produced by the cars, but wear and degradation are low.

• Although there is some track evolution during the weekend in Monaco, grip is generally low. Some new asphalt has been laid this year, but it’s similar in character to the slippery street asphalt that it replaces.

• The tight confines of the circuit and limited run-off areas mean that safety cars are frequent during the races. This can make strategy, and the timing of the mandatory pit-stop in particular, critical.

• The timing of the weekend is different in Monaco, with qualifying taking place on Thursday, the first race on Friday morning, and the second race on Saturday afternoon. Qualifying is especially different as the session is split into two groups, to give the drivers space around the cramped confines of the famous street circuit.

• Pirelli supplies the two softest compounds in the F2 range for Monaco: the P Zero Red soft and P Zero Purple supersoft. These will provide drivers with the optimal grip and performance.

• Each driver has five sets of slick tyres to use over the weekend: three soft and two supersoft. They also have three sets of wet-weather tyres. During race one, where there is a mandatory pit stop, both compounds have to be used unless it is declared a wet race. Pit stops are optional in race two.

Artem Markelov won the feature race after starting on the soft tyres, and running third in the early stages before leaders Alex Albon and Nyck de Vries collided when they went to pit under a mid-race safety car. Markelov remained out, lapping quickly until pitting for the supersoft tyres with only five laps left, before rejoining ahead of rivals who pitted earlier in the race. Antonio Fuoco won the sprint race using the soft tyre.

Mario Isola, Pirelli head of F1 and car racing: “Formula 2 has been even more in the spotlight recently, following the recent announcement in Spain that the championship will be using 18-inch tyres from next year already, preparing the way for Formula 1. As is the case for Formula 1, tyre wear and degradation will be very low in Monaco while overtaking is extremely difficult, so qualifying – which adopts a unique format for Formula 2 – is going to be a very important moment. The pit stop window is likely to be quite wide in Monaco, whichever compound the drivers choose to start on, so we could see teams keeping race strategies very flexible: also to take advantage of the high likelihood of a safety car.”