Brazil’s Augusto Farfus described his win at the FIA GT World Cup for BMW as the closest and most tightly-fought in the history of the series, with the top three separated by less than a second after 18 gruelling laps of the six-kilometre Guia circuit.

Unusually, there were no safety cars or other stoppages during the race, with all the frontrunners pushing the limits from start to finish. This also tested the Pirelli P Zero DHD2 tyre to the extremes of its performance. Nonetheless, despite the demanding conditions and low grip, the Italian tyres performed faultlessly with all five manufacturers represented at Macau: Audi, BMW, Mercedes-AMG, Nissan and Porsche.

An emotional victoryFor Farfus and the Schnitzer team that ran his BMW M6 GT3, it was an emotional victory for a number of reasons. The win came 29 years to the day since Farfus started his motorsport career, on a motorbike, and it was also the final race for the legendary Charly Lamm as Schnitzer team manager before he retires. The sole BMW of Farfus carried a special livery to mark the occasion.

Tricky conditions at MacauMacau is always a low-grip circuit that requires maximum precision from the tyres, but this year’s FIA GT race was even more difficult than usual, with a number of drivers reporting lower grip on Sunday compared to Saturday. Nonetheless, each team was able to maximise its opportunities, with no one manufacturer dominating throughout the weekend. Getting the best out of the tyres was as usual essential, with Farfus’s ability to warm up his rubber effectively before the re-start after a safety car in the Qualification Race being one of the keys to victory.

New tyre for MacauPirelli took the P Zero DHD2 tyre to Macau for the first time: an evolution of the DHD that was seen in Macau last year. The latest version, used on the Blancpain GT Championship this year, offers greater consistency throughout the length of a stint across all the different manufacturers, and the results were clear to see during a close race at Macau. These tyres have been developed using technology from Formula 1, where Pirelli is also exclusive supplier. Pirelli is the leading player in GT racing throughout the world, equipping all the major GT3 championships.

Speed HeroPirelli once again awarded the Speed Hero trophy to the driver who was fastest in qualifying. Mercedes driver Raffaele Marciello clinched the award with a best lap in the closing moments of the session, ensuring that four of the five manufacturers represented in Macau won either a race or a session.

QuotesMatteo Braga, Pirelli racing technical manager: “None of the teams and drivers encountered any issues with the tyres in Macau and their feedback was positive. In particular, the drivers found confidence instantly in the car-tyre package on a unique circuit where nobody can test, which was also the result of the lessons learned from the rest of the season. The consistency of the product allowed the frontrunners to fight for the win right down to the final lap.”

Augusto Farfus, FIA GT World Cup winner: “I think this has been the closest battle ever in the FIA GT World Cup. And this shows that the formula really works. I couldn’t relax for a second and I had to push hard from start to finish. The whole package worked well: I had an advantage on the straight, but I was slower on the mountain, so this made it really exciting.”

What’s next?Pirelli’s next major GT race will be the first edition of the FIA GT Nations’ Cup, held at the Bahrain International Circuit on December 1. 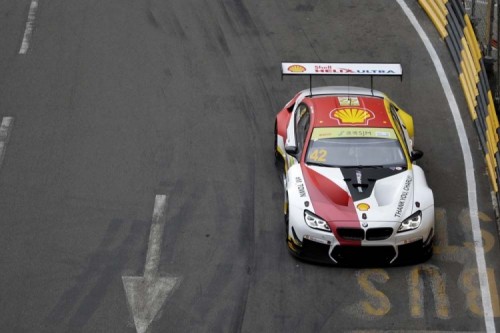