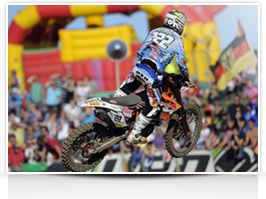 It was a memorable day in Great Britain for Pirelli tyres with the company standing on the edge of three world championships after monopolising the podiums of the MX1, MX2 and EMX125 categories at the thirteenth round of fifteen. In the premier class Antonio Cairoli provided another tangible sign of his superiority by taking his fifth victory and moving closer to a third consecutive title by needing only two points in Germany in two weeks. On the scenic, fast and soft terrain in Britain the works KTM took third in the first moto and then claimed the win in the second for an overall ranking that pulled the Sicilian to the top of the podium ahead of fellow Pirelli riders Christophe Pourcel and Steven Frossard. The latter, due to a shoulder injury sustained by Clement Desalle last week in the Belgian Championship, has moved up to second in the championship standings and lies 82 points behind the reigning number one. In MX2 KTM rider Ken Roczen celebrated his seventh triumph of the year from Tommy Searle, Gautier Paulin and team-mate Jeffrey Herlings. The Dutchman lies 43 points behind the German who could wrap-up his first title in two weeks on home turf. “The Scorpion MidSoft 32 was the preferred tyre for this terrain,” commented Giovanni Gatti, Manager of the Pirelli racing service. “As confirmed by the top four positions taken in both classes. What’s more the same casing helped the first three classified riders in the European 125c two-stroke series where Simone Zecchina, thanks to his third place behind Belgian Damon Graulus and Dutchman Brian Bogers has taken the top spot again in the standings with one round to go.” The 14th round of the FIM Motocross World Championship will take place on September 4th at Gaildorf in Germany. 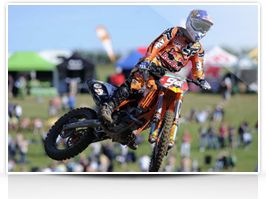 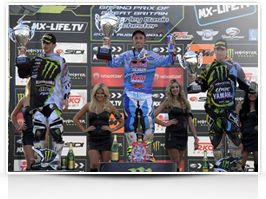 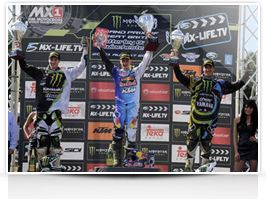 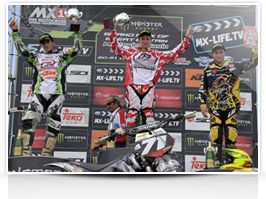