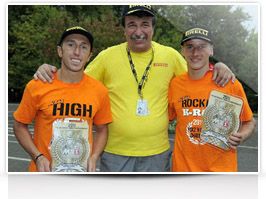 Both categories of the FIM Motocross World Championship have been decided on the same day and with one round of the 2011 series remaining as Antonio Cairoli and Ken Roczen claimed the MX1 and MX2 classes respectively for the works KTM team equipped with Pirelli Scorpion MX. It was virtually a foregone conclusion for the Italian who had been consistently the best performer throughout the MX1 season and arrived in Germany with a hefty lead over closest rival, Yamaha’s Steven Frossard; his third position in the first moto was enough to start the celebrations. Cairoli was not content with the renewal of his status as champion – his third crown in a row in the premier class – so the 25 year old chased through to second position in the next race to claim overall victory at the Grand Prix of Europe. The MX2 contest ended with a perfect storybook scenario as the dominant 17 year old German was able to finish as runner-up to Tommy Searle but ahead of team-mate Jeffrey Herlings to secure his first title and become the youngest rider ever to do so. “It was a day that will live long in the memory,” said Pirelli Racing Service Manager Giovanni Gatti. “Also because at this meeting, where both classes were won, Roczen and Cairoli were especially pleased with the tyres they had at their disposal here and throughout the season where we have seen a number of different terrain. Today all the riders opted for the Scorpion MidSoft 32 with the exception of Cairoli who went with the MidHard 454. Bad luck for Christophe Pourcel and Steven Frossard, who both fell out of the first MX1 moto. 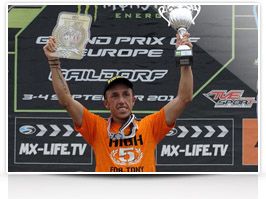 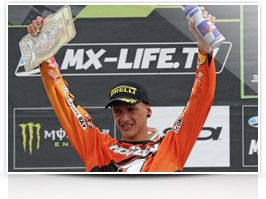 ” The European round of the calendar saw Pirelli further decorated with success in the Veteran’s Cup thanks to Belgian Pascal Bal aboard his Yamaha. Pirelli have now accumulated 56 Motocross World Championships thanks to a hot streak that began in 1980 (only in ‘88 did the Scorpion MX miss out) and is still evident today as witnessed by Pirelli riders filling out the top four positions of both MX1 and MX2 divisions. The final round of the championship will take place on 11th September for the Grand Prix of Italy at Fermo, when the Scorpion MX can gain yet another title and complete a full set with the European 125cc Two-Stroke contest currently in the hands of Italian Simone Zecchina. 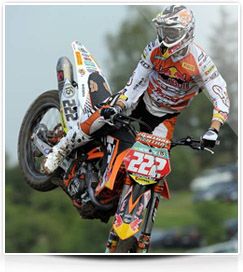 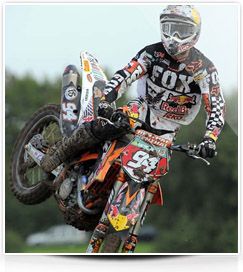 Championship standings after 14 rounds of 15

Championship standings after 14 rounds of 15