Pirelli dominated the Grand Prix of Brazil at Indaiatuba; the fourth round of fifteen in the 2011 FIM Motocross World Championship. Both the MX1 and MX2 podiums were complete with riders using Scorpion MX material and in South America the first five riders classified in the premier class were booted with Pirelli as well as the first three riding 250cc four-strokes in the smaller category. In MX1 factory Yamaha rider David Philippaerts grabbed his first victory of the season thanks to a runner-up slot in the first moto and a race win in the second. His haul of points ensured the top step of the rostrum over Antonio Cairoli and Suzuki’s Clement Desalle; the latter maintaining his lead in the standings over Max Nagl and Cairoli. Fourth place was occupied by Steven Frossard ahead of fellow Pirelli racers Steve Ramon and Max Nagl. Dutch KTM rider Jeffrey Herlings conquered MX2 in the same fashion as Philippaerts and beat team-mate Ken Roczen who lost the GP due to two crashes in the second race. Third place overall (and also taken in both motos) was Yamaha’s Gautier Paulin. The Frenchman beat Kawasaki CLS representative Tommy Searle who remains third in the world championship table. “It was a great day for our product,” commented Racing Service Manager Giovanni Gatti who benefitted from the overseas race to pay a visit to the R&D department in Santo Andrè together with Off-road rep Paolo Brivio. “In particular our MidSoft 32 that was used by all the Pirelli riders. As in previous GPs the Kawasaki Pro Circuit riders of Searle and Anstie preferred to go with the 120/80-19 model and both were very satisfied.” The championship will now pause for a break before resuming on June 6th for the Grand Prix of France. 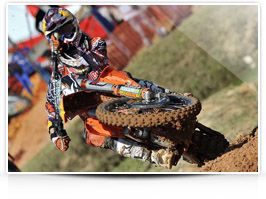 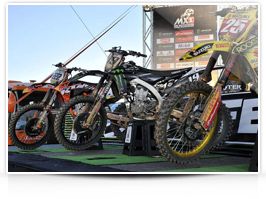 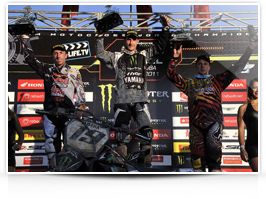 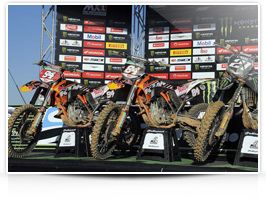 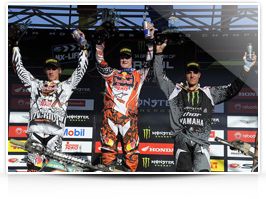 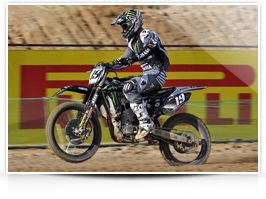