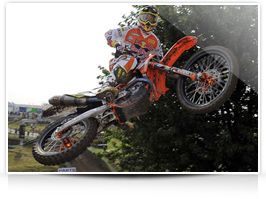 Pirelli shone brightly in the ninth round of the FIM Motocross World Championship and the MX2 contest was monopolised by Scorpion MX tyres. The latest victory for series leader Ken Roczen was earned with 1st and 3rd positions in the motos of his home Grand Prix and confirmed ahead of works Yamaha rider Gautier Paulin and Briton Tommy Searle. The German consolidated his advantage in the standings over team-mate and fellow Pirelli rider Jeffrey Herlings, who left the fast and rough course with 4th overall behind Searle and Paulin. Pirelli carried influence also in MX1 as world champion and pace-setter Antonio Cairoli was runner-up to Russian Evgeny Bobryshev; the Sicilian on this occasion forced to occupy the second step after a crash in the first moto and a few mistakes in the second but still able to extend his points advantage thanks to finishing in front of third placed Suzuki rider Clement Desalle. Pirelli was also present with Max Nagl in 5th while Steven Frossard and David Philippaerts were 8th and 9th and limited in their results after both touching the gate at the launch of the second race. The Scorpion MX was prevalent in the third round of the 125cc European two-stroke series with Italian Simone Zecchina winning the third round and maintaining his position at the peak of the category. 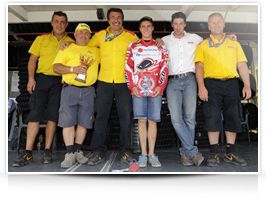 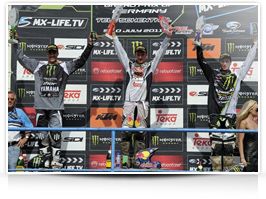 “Even today was a really good meeting for our product,” said racing service manager Giovanni Gatti. “The MidSoft 32 played an important role in all three classes, and we have shown that Pirelli is already a leading force thanks to the first three positions we hold in the MX1 championship and the first four in MX2.” Round ten will take place on July 17th at the Kegums circuit for the Grand Prix of Latvia. 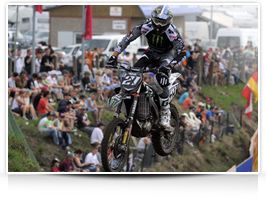 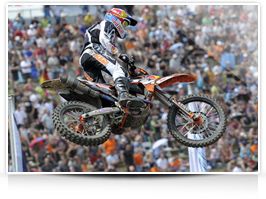