One week after the penultimate round saw the MX1 and MX2 titles decided respectively in the favour of Pirelli riders Antonio Cairoli and Ken Roczen, the FIM Motocross World Championship again witnessed the Scorpion MX in full force by dominating the podiums of both categories. Cairoli was absent at the Grand Prix of Italy due to a family bereavement and victory in the premier class was celebrated by Gautier Paulin, who moved up from MX2 where he had confirmed fourth in the standings to substitute team-mate Steven Frossard who was injured in Gaildorf. 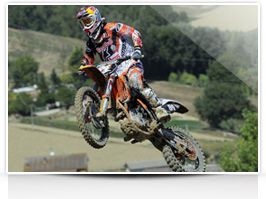 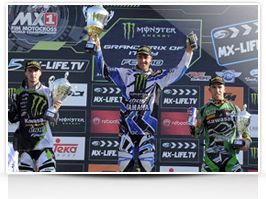 The works Yamaha rider beat Christophe Pourcel and Jonathan Barragan, and fronted other Pirelli racers in the forms of KevinStrijbos, Xavier Boog and Anthony Boissiere. A full Pirelli podium in MX2 consisted of Dutch KTM rider Jeffrey Herlings on top with first and second positions in the motos and defeated Kawasaki CLS representatives Tommy Searle and Max Anstie. The last and decisive round of the European 125 two-stroke series was owned by Simone Zecchina; picking up the title as well on his Castellari Suzuki booted with Scorpion MX. 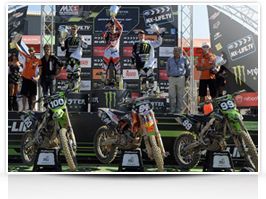 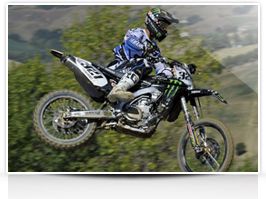 “We wish we didn’t have to stop!” said Pirelli Racing Service Manager Giovanni Gatti. “After taking the two most important titles in the Motocross World Championship, as well as the Veteran’s Cup, we have now conquered one of the best series to promote young talent. We assisted the first six ranked riders in MX1 and the first four MX2 here all of whom used the Scorpion MidSoft 32, which is the optimum choice for the start of the race and on a ground becoming softer and rougher through wear and watering. The Championship is now over with the first three riders in MX1 and the first four classified in MX2 benefitting from the Scorpion MX despite increased competition this year with Dunlop re-entering the scene. We have continued research and development of our tyres by testers both in the United States and Europe which has led to the presentation of a new range, the MidHard 554, Extra X and Extra J launched at the Grand Prix here in Fermo.” The World Championship has reached a conclusion but the season is not yet over with the 65th Motocross of Nations taking place next week in France. 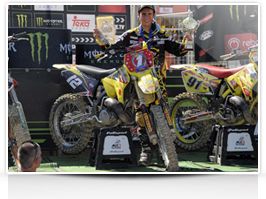