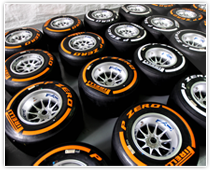 FORMULA 1 is the only competition of its kind. It is no longer considered the third most important sporting event behind the Olympics and World Cup, but is now the clear leader as far as the frequency, range and variety of the experiences it delivers are concerned. During the 2012 season, around 1.6 billion people watched FORMULA 1 racing on television and some 5 million actually went to a Grand Prix™ at a race track. Pirelli was one of the most prominent sponsors, enjoying great exposure with 30 thousand seconds of television time. Therefore, brand exposure and digital media coverage continue to boost the Pirelli Premium Strategy. Market research conducted by the GFK Institute at the end of 2012 highlighted the impact that its presence in FORMULA 1 has 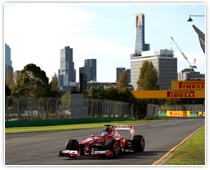 had on Pirelli Brand Equity. Indeed, the study shows that Pirelli’s performance in the eyes of Grand Prix™ followers is continually improving in terms of both brand KPIs and perceived image, compared to those who do not follow FORMULA 1. For example Pirelli Brand Consideration doubles amongst Grand Prix™ followers, whilst attributes such as technology, innovation, quality and propensity to buy are between 30 and 50% higher amongst racing fans.