From cold and snow to heat and gravel: Introducing the 2018 Pirelli Scorpion K

This weekend’s Rally Mexico, round three of the World Rally Championship, presents a stark contrast to the cold conditions that characterised the first two rallies in Monte-Carlo and Sweden. Pirelli is introducing the latest evolution of its well-known Scorpion K gravel tyre in Mexico, which will be used in the WRC2 category (where the Italian firm is tied in the lead on points, following Takamoto Katsuta’s victory in Sweden).

The challenge: Mexico is the first gravel rally of the year, run in hot weather at high altitude, in a compact route around the host city of Leon. It’s demanding both for drivers and cars, with road position also set to be an important factor.

The Pirelli drivers: Mexico isn’t a round of the Junior World Rally Championship, exclusively supplied by Pirelli, so instead a selection of WRC2 drivers – the feeder category to the main WRC – will benefit from the latest Pirelli Scorpion K gravel tyres. These include local heroes Benito Guerra, in a Skoda Fabia R5, and Ricardo Trivino, driving a Citroen DS3 R5.

The product: Pirelli will bring the Scorpion K to Mexico, which is designed to efficiently evacuate loose gravel and improve performance without compromising on durability. It’s available in two compounds for the hot and demanding Mexican roads: K4, which is a hard compound, and K6, which is a soft compound. The hard is the main choice, with the soft as a back-up.

The event: Rally Mexico gets underway on Thursday 8 March with the first of 22 special stages, totalling 344.49 kilometres. The finish is at 14:30 on Sunday 11 March, back in Leon. The route is not dissimilar to that of previous years, with the longest stage being the 31.44-kilometre El Chocolate, run twice on Friday.

Pirelli quote: Terenzio Testoni, rally activity manager: “On the third event of our return to the World Rally Championship, we face very different conditions compared to those encountered in Monte-Carlo or Sweden. We’re confident that the latest evolutions brought to the Scorpion K tyre – which now combines strength with more performance than ever – will enable our drivers to show the very best of their abilities on these demanding gravel roads.” 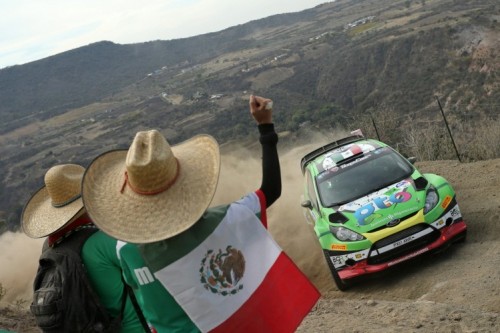 From cold and snow to heat and gravel: Introducing the 2018 Pirelli Scorpion K