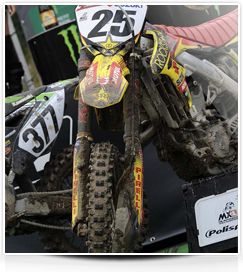 Another clean sweep for Pirelli with domination of the MX1 and MX2 classes in Scandinavia Despite the double retirement and relinquishment of the MX1 FIM Motocross world championship in Sweden by Antonio Cairoli, the Scorpion MX was still able to clean up in both racing categories. The Grand Prix of Sweden took place on the dirt of Uddevalla that mixed sand, soil and stones and was turned into a slippery and slimy terrain due to heavy rain showers.  It was a surface suited to the strengths of the MidSoft 32 that was the compound of choice for all Pirelli riders at this ninth round of sixteen and those pushing for top honours with Cairoli out of the reckoning. The world champion went missing in the first moto due to a stone that locked the rear end of his KTM by becoming jammed between the sprocket and the chain. In the second race he ran wide in a corner and lost his 350SX-F in heavy mud and was unable to retrieve the motorcycle. The Sicilian’s day of bad luck was seized upon by factory Suzuki rider Clement Desalle who rode to victory in both races and in the process also grabbed Cairoli’s red plate and status as leader of the MX1 standings. Desalle headed other Pirelli riders Christophe Pourcel, 2nd at both times of asking, Kevin Strijbos, Sebastien Pourcel and Shaun Simpson, who made a great debut under the awning of Michele Rinaldi and steering the full factory Yamaha of the injured and absent Steven Frossard. Misfortune stalked David Philippaerts who re-broke both of his wrists after a first moto crash. 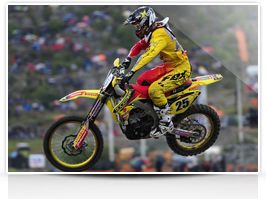 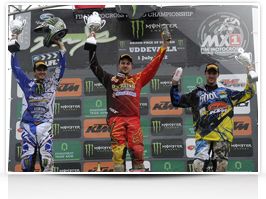 The duel and struggle for supremacy in the MX2 class again fell in the favour of Tommy Searle who closed the gap further to class leader Jeffrey Herlings; the Dutchman was second overall despite winning the first moto and now just 13 points separate the pair. Third spot went to eighteen year old Frenchman Dylan Ferrandis on the Bud Racing Kawasaki as the teenager celebrated the first GP trophy of his young career. 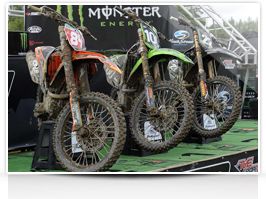 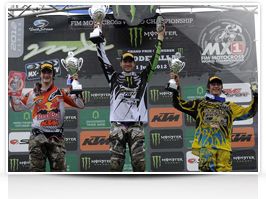 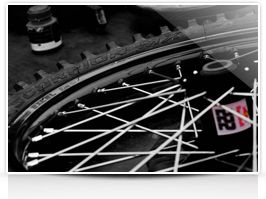 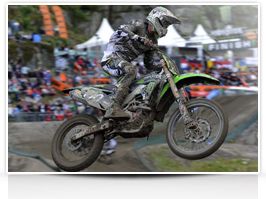 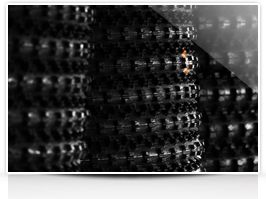 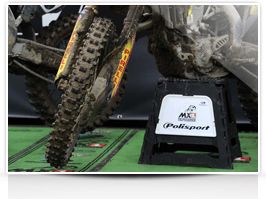