GP2 and GP3 once again choose Pirelli for the coming seasons 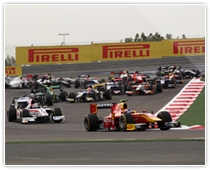 GP2 Series organisers have renewed the long-term sole tyre supplier agreement with Pirelli for both GP2 and GP3. The two FORMULA 1 feeder series have had close ties with the Milan manufacturer since 2010 when the GP3 Series was introduced. The following year Pirelli also became sole supplier to the GP2 Series and during the last three seasons has helped rookie drivers get ready for the next step: FORMULA ONE. GP2 and GP3 Series CEO Bruno Michel said: “I am very happy to have renewed our deal with Pirelli for the forthcoming seasons. Our relationship, which started when we launched GP3 in 2010, has always been strong and healthy. It was then natural to choose them for GP2 Series since they also had become FORMULA 1 sole supplier and it has always been our philosophy to use the same tyre supplier as FORMULA 1’s. For the past three seasons this partnership has provided some of the best races in our history. It is great working with Pirelli: they are very reactive and understanding of what needs to be provided in order to make our categories extremely competitive”. 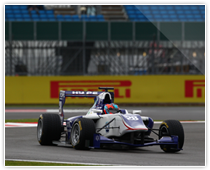 Pirelli Motorsport Director Paul Hembery commented: “GP2 and GP3 allow drivers to learn how to deal with important issues such as tyre management on some of the world's most challenging and famous race circuits. The competitive edge in both championships has been evident throughout the season with a record number of different race winners. There is no doubt that GP2 and GP3 will continue to form an integral step in any racing career, and we look forward to continuing to work with some of the world's most promising drivers in the years to come”.