The formbook was duly followed for the third round of the FIM Motocross World Championship as Antonio Cairoli, Jeffrey Herlings and the Pirelli Scorpion MX tyre maintained their authoritative positions across the MX1 and MX2 categories. Made even more tricky by the hard and frozen ground due to the low temperatures across both days of the meeting, the dreaded sand and site of the Dutch GP did not slow the pace of Jeffrey Herlings who literally flew around the bumps and waves of the terrain as the firm favourite for victory extended an unbeaten run at Valkenswaard begun in 2010. Even a poor gate pick could not deter the Dutchman from a third double in a row this season. The home hero, like all Pirelli riders, opted for the trusty combo of Scorpion MX MidSoft 32 front and Scorpion MX Soft 410 rear to face the sand. The selection was used by Herlings’ factory KTM team-mate Jordi Tixier. The Frenchman was runner-up. Glenn Coldenhoff also shone and thanks to his fifth position has now moved up to fourth place in the championship standings. 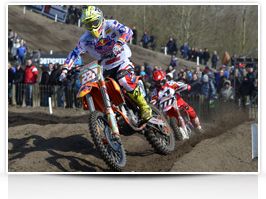 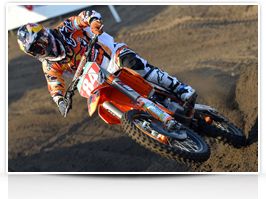 It was another show of strength by Antonio Cairoli in MX1. The World Champion had to settle for second place in the second moto (after having earlier won the first) after arm-pump caused him to check his pace at the beginning of the sprint and Ken De Dycker as able to build an effective lead. The pair had battled in the first moto and the Belgian’s decent day in the sand helped to the runner-up position overall. Fourth spot belonged to Suzuki’s Kevin Strijbos, who bettered team-mate Clement Desalle; the latter was seventh overall after a crash in the first corner of the opening race and then experienced a lack of feeling with the track in the second affair. The fourth round takes place on 14 April at Arco di Trento for the Grand Prix of Italy. 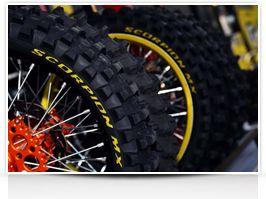 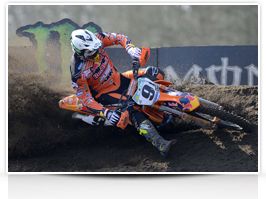 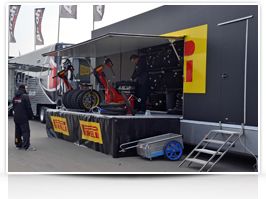 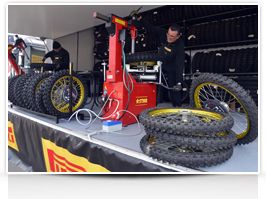