Pirelli continued its run of success in motorsport in 2011 when Gwyndaf Evans claimed victory on the Roger Albert Clark Rally, one of the highlights of the historic rallying calendar. 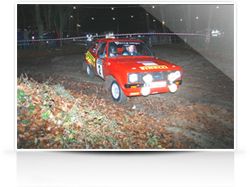 Evans, who was driving a Viking Motorsport-prepared Ford Escort RS1800 alongside navigator John Millington, led the demanding event from start to finish to give Pirelli’s new GM6 tyre a maiden win in demanding weather conditions. Welshman Evans, a former British rally champion faced rain, sleet, snow and ice but the superior grip and stability provided by the Pirelli GM6 tyre meant he was able to take a commanding victory by almost eight minutes. A number of other drivers also switched to Pirelli tyres for the first time, achieving results that surpassed their expectations thanks to the grip offered by the Italian rubber. Pirelli developed the GM6 tyre, which is based on its ultra-successful KM pattern, specifically for historic rallying by creating a 13-inch version for historic-specification cars such as the Mk2 Escort. The tyre pattern is designed to bite through mud and grime to grip the solid road surface below, while the tyre blocks provide enhanced cornering stability. Carl Naylor, Pirelli Tyre UK’s motorsport manager, said: “The Roger Albert Clark Rally might be one of the most popular events on the motorsport calendar but it’s also one of the toughest due to the demanding forest stages and challenging weather conditions. We’re delighted the Pirelli GM6 tyre provided the grip, stability and durability Gwyndaf Evans needed to claim a dominant win. Our congratulations to him and all the team at Viking Motorsport, as well as all the other competitors running on Pirelli tyres. It was brilliant to see so many people delighted with their results and we’ve received a huge amount of positive feedback about the new tyre.” 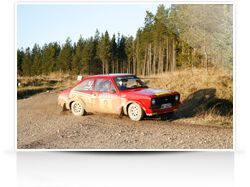 The Roger Albert Clark Rally recreates the spirit of the RAC Rally that now exists as Rally GB, Britain’s round of the World Rally Championship. It also pays tribute to Roger Clark, possibly the UK’s greatest rallying talent before the emergence of legends such as Colin McRae and Richard Burns in the 1990s. This year’s event, which started in Duncombe Park in Yorkshire on Friday evening and finished in Carlisle on Monday afternoon, took crews through forest stages in Yorkshire, Cumbria and Scotland over a distance of 950 miles. There were 24 special stages in total covering 170 miles. Another driver to use the new tyre was Keith Robathan, who finished sixth overall and won the European FIA class in a Mk2 Escort. “The excellent wear rate meant that the performance of the tyre was consistent from start to finish even on the longest stages,” he said. We did not have any punctures at all, which underlines the strength of the tyres, and we managed to set good times even in the snow and ice.” The new Pirelli GM6 tyres were also praised for their durability and value. Ford driver Bob Bean commented: “These are the best tyres I have ever used on gravel and the wear rate is minimal. I have an Escort that I can’t normally afford to put tyres on, but these new Pirelli tyres make it very much more affordable.” For further media information, please contact Anthony Peacock on anthony@mediatica.co.uk or +44 (0) 7765 896930.