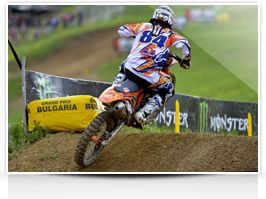 Jeffrey Herlings has again been unbeatable on his works KTM with Pirelli Scorpion MX tyres. The facts are undisputable. Ten MX2 race wins and five Grand Prix in a row were celebrated with his latest success in Bulgaria for the fifth round of seventeen in the series. The fresh victory by the Dutchman was managed thanks to a large distance over team-mate Jordi Tixier, who was able to consolidate second position in the championship. Third place went to the surprising figure of Kawasaki CLS’ Alex Lupino. The Italian toasted his first Grand Prix podium at Sevlievo and, like most other Pirelli riders, did it with a selection of Scorpion MX MidSoft 32 F front and MidSoft 32 rear. Only seventh, Glenn Coldenhoff competing with his KTM Standing Construct machine booted with Scorpion MX, was still able to fill third place in the MX2 points table just behind the factory bikes. 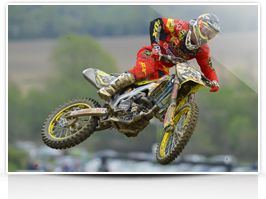 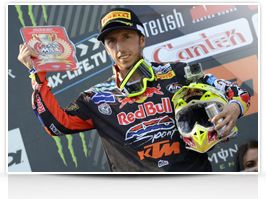 In MX1 Antonio Cairoli was able to rescue his Grand Prix with a second moto victory and second place on the podium at the circuit several hours drive from the city of Sofia. Fourth in the first moto and across a track where he didn’t have the best feeling the Sicilian gained revenge in the second race when he defeated Gautier Paulin to take the chequered flag. Third and fourth overall were Suzuki duo Clement Desalle and Kevin Strijbos respectively while Ken De Dycker suffered from bad starts and was seventh in the classification, dropping from second to fourth in the championship points table. Across the grippy hard-pack at Sevlievo the Pirelli elite were able to compare compounds; between the MidSoft 32 and MidHard 554 almost all selected the former with only Tommy Searle choosing otherwise. The Brit was sixth overall after a second moto collision with another rider. Round six will take place on May 5th at Agueda for the Grand Prix of Portugal. 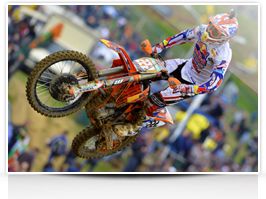 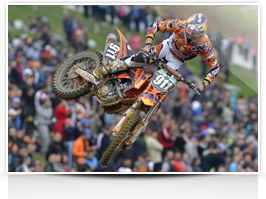 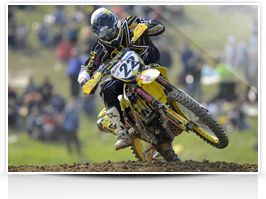 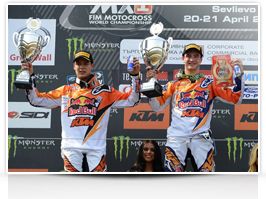