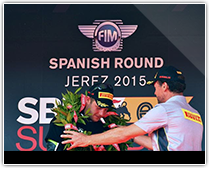 On the Andalusian track at Jerez de la Frontera, the Northern Irish rider Jonathan Rea was crowned FIM Superbike World Champion with two rounds still left to race in the season. It was the first World Championship of his career in Race 1. His team, Kawasaki Racing, thanks in part to the performance of Rea’s team mate Tom Sykes, won its first ever Superbike Manufacturer Championship as well. Pirelli, for its part, finished the weekend at Jerez with encouraging signs and important information to continue its development work that has been carried out throughout the year. Contributing to improving the race time by about six seconds in respect to 2014 was positive, as well as allowing Jonathan Rea and his team mate Tom Sykes to respectively set the new lap record and the new track fastest lap. In the meantime, the riders already have various new solutions for the rear available to them for the test scheduled for the following day, but above all there will be new front solutions that could prove to be very important for improving the current range. 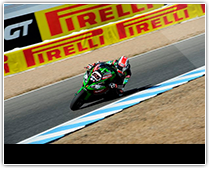 The comment from Giorgio Barbier, Pirelli Moto Racing Director: “First and foremost I would like to congratulate our new World Superbike Champion Jonathan Rea and Kawasaki Racing Team. Rea had a truly extraordinary season and he demonstrated superior performance that I don’t think has ever been seen before in the history of the World Superbike Championship. As always, success is never the merit of an individual. Rea had a great team of mechanics and technicians supporting him who made an important contribution to winning this title and, more generally, Kawasaki did an exceptional job, as is demonstrated by Tom Sykes’ placing in the Championship as well.”