The up-and-coming talent in the Junior World Rally Championship face a third different surface on round three of the 2018 season in Portugal. After the snow of Sweden and asphalt of Corsica, this will be the first gravel event of this year’s JWRC. The drivers will all use Pirelli’s Scorpion K gravel tyres.

The challenge: Based in the north of the country close to the city of Porto, Rally Portugal takes place over soft and sandy gravel roads. Good tyre grip is important on these slippery stages, but tyres must also be durable and resistant to impacts with the many rocks that can be exposed on the second pass in particular.

The Pirelli drivers: The two winners so far this season, Sweden’s Denis Radstrom and Frenchman Jean-Baptiste Franceschi, are separated by just one point at the top of the standings. Another Swede, Emil Bergkvist, is close behind both of them after two podium finishes. In all, 14 drivers are entered into the category in Portugal, all driving identical Ford Fiesta R2Ts.

The product: Pirelli will bring the Scorpion K to Portugal, which is designed to efficiently evacuate loose gravel and improve performance without compromising on durability. It is available in two compounds: the hard compound K4 and the soft compound K6.

The event: Rally Portugal begins on Thursday 17 May with a ceremonial start at Guimaraes Castle, followed by a superspecial at the Lousada rallycross stage. In total there are 20 special stages totalling 358.19 kilometres, with a very similar route to 2017 that concludes with the iconic jumps of Fafe.

Pirelli quote: Terenzio Testoni, rally activity manager: “Portugal is well-known for being one of the toughest rallies on tyres of the entire championship, with some long stages that feature soft gravel, meaning that the surface soon degrades to expose sharp rocks and stones underneath. Steering clear of these and managing the tyres will be an essential skill. After two quite specialised events in Sweden and Corsica, Portugal offers a level playing field that should provide a very interesting barometer of true pace.” 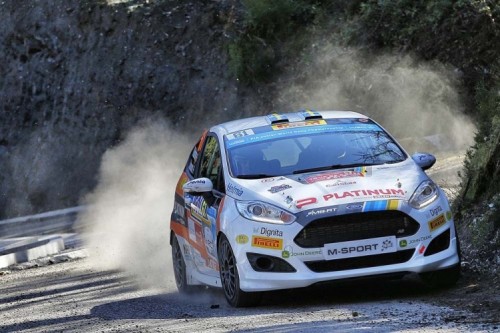