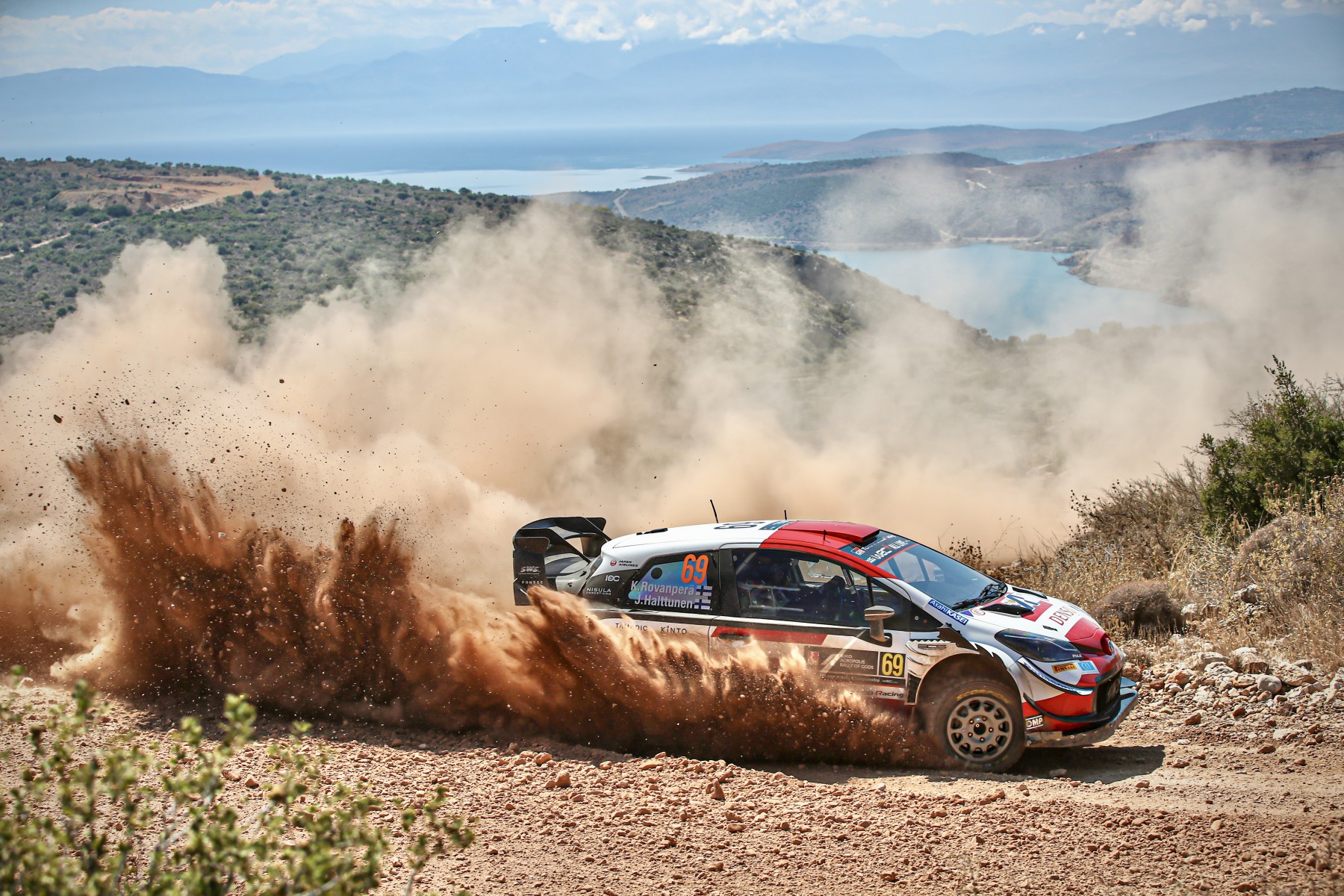 Milan, September 12, 2021 – Toyota driver Kalle Rovanpera has become the eighth Finnish winner of the Acropolis Rally, joining a list of great names that include Ari Vatanen, Juha Kankkunen, Marcus Gronholm, Timo Salonen, Markku Alen, Jari-Matti Latvala and Mikko Hirvonen – who was the last Pirelli-equipped winner of the Acropolis in 2009. Rovanpera was fastest on eight stages (as well as the shakedown) to claim victory by more than half a minute, ahead of two champions: Hyundai’s Ott Tanak and Toyota’s current series leader Sebastien Ogier.

Pirelli’s Scorpion KX hard tyre was the main choice for the Acropolis Rally, selected for the expected rough and hot conditions that are typical of Greece. However, there was some unseasonably cool and wet weather in the build-up to the rally, which persisted into the weekend. This brought the KX soft tyre into play as well, especially on the damper and cooler stages. The damp stages were very slippery, while the dry stages were incredibly rough, with rocks and stones that challenged the reinforced structure of the tyres.

A legendary stage of the Acropolis Rally and in use for the first time since 2003, Tarzan was a highly-technical challenge featuring many hairpins. Sunday’s opening test was made even more demanding by rain and muddy conditions. In theory, this favoured the soft tyre, but Rovanpera produced an incredible run on a mix of hard and soft tyres to go 14 seconds faster than anybody else and get one hand on the rally victory, which he later secured on the shorter second pass of the stage.

Terenzio Testoni, rally activity manager: “This was a fascinating rally that was full of twists as well as a wide variety of conditions: some of which were highly unusual for this event. Tyre strategy helped to make a difference right from the very first stage. The opening day was characterised by low grip and slippery surfaces, while Saturday showcased conditions that were much more typical of the Acropolis, with abrasive surfaces and high levels of wear. Sunday was unexpectedly a bit damp, with cool temperatures. We’re particularly satisfied with the performance of the hard tyre here, which showed a solidly consistent level of performance in every situation and on every surface. That underlined its capability as a very versatile tyre that was well-suited to a rally such as this one, where the difference between the soft and the hard tyre can be essential. Congratulations to Kalle, who pushed the tyres to the limit and got the most out of them, sealing a fantastic victory to underline his raw speed.”

Coping with the unexpected variety of weather conditions was the biggest challenge in Greece, with only a small allocation of soft tyres available. To deal with this, the drivers were able to rely on the versatility of the hard, but they also had the soft at their disposal when it mattered most. Some parts of the recce were run in fog, making it hard for drivers to write accurate pace notes.

The WRC2 winner was Andreas Mikkelsen in a Skoda Fabia R5, who also sealed ninth overall. The WRC3 category was won by Yohan Rossel in a Citroen C3, classified 11th overall. The highest-classified Greek driver was Giorgios Kechagias in another Skoda Fabia, fifth in WRC3 and 20th overall.