Launched in Milan The Cal™ 2015 by Steven Meisel 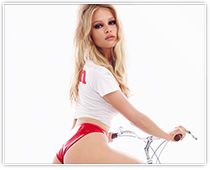 Calendar Girls 2015 is the title of the forty-second edition of the Pirelli Calendar by Steven Meisel. The Cal™ 2015 was presented to the press, guests and collectors from around the world at Pirelli HangarBicocca, the Pirelli contemporary art space in Milan. Milan was chosen as the venue with the aim of showing an iconic object with the “Made in Italy” label in the city that in 2015 will showcase Italy to the world when it hosts the Expo Milano 2015 international exhibition. In an intense five-day shoot last May in a New York studio, Meisel - one of the world’s most successful fashion photographers - brought the absolute centrality of women back to the Pirelli Calendar in its most classic format: 12 months, 12 shots (plus the cover) and 12 girls chosen from top and emerging models. With his astonishing creative talent and ability to interpret fashion trends, Meisel has captured some of the most representative icons of today’s society in his highly colourful images. The photographer was assisted in this work of transformation by the styling team led by Carine Roitfeld – the former editor of Vogue France who has long been at the forefront of the fashion system – and by Pat McGrath, one of the world’s most famous make-up artists. 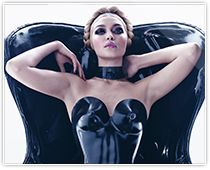 The launch of the 2015 Calendar comes just a few days before the opening of the Forma e Desiderio – The Cal™ Collezione Pirelli exhibition, which will be held at the Palazzo Reale in Milan until the 19th February 2015. Promoted by the City of Milan-Culture under the patronage of Expo Milano 2015, and organised and produced by the Palazzo Reale and GAmm Giunti, the exhibition has been made possible thanks to the fundamental contribution of Pirelli, which has opened up its fifty-year archive of The Cal™ for the display.

Launched in Milan The Cal™ 2015 by Steven Meisel
Newsroom