Macau versus Monaco: Which is the greater challenge? 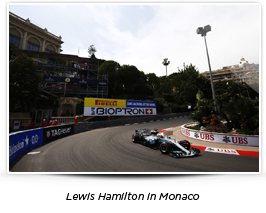 This weekend, Pirelli is the exclusive supplier for the third consecutive year to the FIA GT World Cup in Macau: where the very best GT drivers from all over the world come together to see who will be crowned champion of champions.

Facing them is a track like nowhere else in the world: 6.2 kilometres of street circuit that begin with a tight and twisty technical section, before heading into the open countryside of the hills above Macau and diving back again into wide city streets to end the lap.

Some of the greatest drivers in motorsport have hailed the Guia circuit as the most challenging and unpredictable venue of the season. Proving the point, the winning car last year actually ended its race on its roof after a spectacular accident.

Macau has been compared to Monaco as well, but how does it stack up against the most famous street race in the world? Pirelli spoke to a man who knows both by heart to find out: Lucas di Grassi. 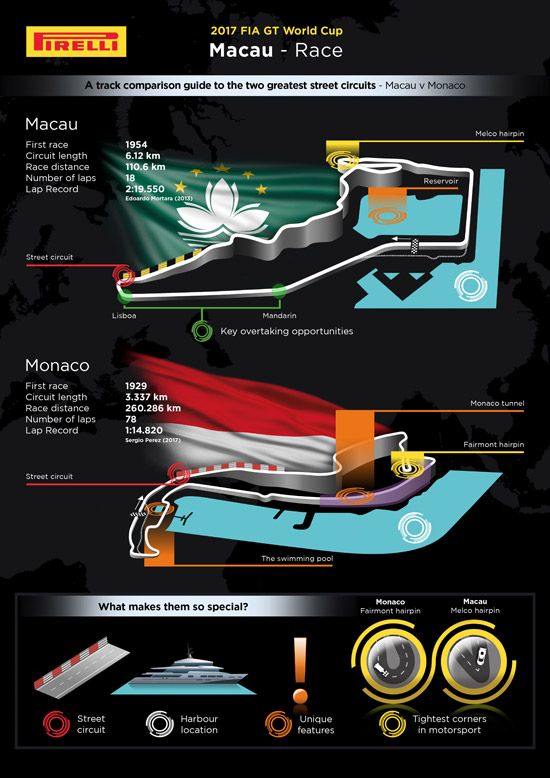 The 33-year-old has raced at Monaco in Formula E, Formula 3, GP2 and Formula 1: he was also Pirelli’s Formula 1 test driver as the Italian company prepared to enter grand prix racing seven years ago. He’s experienced when it comes to Macau as well, having claimed a podium on his debut at the track in F3 in 2003 and won overall in 2006. This year, he’s back driving an Audi R8 LMS in the FIA GT World Cup.

Which is more challenging, Macau or Monaco?

LdG: “This is more challenging than Monaco. Or at least, it’s a different challenge. Macau is a cross between Monaco and Spa, because here you have very, very high speeds but you also have the walls. There are no arguments about track limits - the track limits are the walls! It’s the most difficult track in the world as it’s about the same length as Spa but with the difficulty of Monaco, and with overtaking points. So, it tests everything.”

What’s the competition going to be like this weekend?

LdG: “The grid this year is the highest quality grid I think there has ever been in Macau, with all the drivers pretty much professionals, all factory drivers, so it’s going to be really, really tough for anyone to try to win here. It’s a great title and a great honour to be here at the FIA GT World Cup.”

LdG: “From the driving point of view it’s the fast corners. From a technical point of view, the set-up is very difficult. It’s like Spa in a way. If you put on downforce, you go quick in the second sector but slow in sectors one and three. Here it’s the same. If you put downforce on, you’re quick in the mountain section but on the straights, you are not quick. You need to find a good balance between a low downforce car that’s quick on the straights while at the same time making sure that you can drive it on the limit without too much risk in the mountains.”

How does it feel behind the wheel in Macau?

LdG: “Unbelievable. It’s a brilliant rush, and such great fun. Old-fashioned in a way, but for me, the best circuit in the world.”

Please see below for our downloadable and shareable infographic comparing Monaco to Macau.

For more information about Pirelli in Macau, please contact Anthony Peacock on +44 7765 896 930 or anthony@mediaticaworld.com

Macau versus Monaco: Which is the greater challenge?
Newsroom