Pirelli prepares for the Spa 24 Hours: the most demanding motorsport event of the year It’s time for the biggest event on the motorsport calendar for Pirelli: the Spa 24 Hours in Belgium, which takes place from 27 to 30 July and involves 112 people, 10 nationalities, 24 trucks and more than 13,000 tyres. These mammoth figures showcase the huge organisational and logistical undertaking that Pirelli faces at the headlining race of the Blancpain GT Series. To sustain this massive effort, more than 4,000 espresso coffees and 1,300 kilograms of pasta are ready to fortify the troops. Because the Spa 24 Hours is just as much of an endurance test for Pirelli’s people as it is for the competing cars. And why are these numbers so big? That would be to do with the 64 cars on the entry list, crewed by 220 drivers in total. On top of that are all the support races, including the Pirelli-equipped Lamborghini Super Trofeo, meaning that around 330 drivers will take to the track over the weekend. 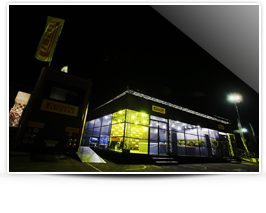 All these cars need tyres of course, which is why Pirelli brings what looks like a mobile tyre factory to the Spa 24 Hours. Two ‘production lines’ are set up to mount the tyres onto the wheels, and at full capacity the dedicated crew of fitters can deliver one tyre every 14 seconds. Day and night, if necessary. The cars use P Zero DHD tyres for dry conditions and WH tyres for wet weather.
These tyres also need highly-qualified engineers, to advise the teams on how best to use them. Because of this, Pirelli has 12 trackside engineers at Spa responsible for around six to eight cars each. Engineers work closely with team personnel and talk directly with the drivers over the 24 hours in order to get their immediate feedback. The advice they give on strategy can help to win the race, with the gap between first and second being only around 23 seconds on average at the end of the Spa 24 Hours each year. 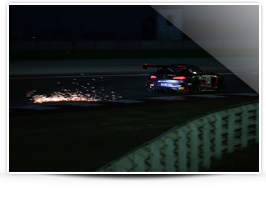 That helps to give some idea of the breathtakingly frenetic pace the race is run at: the frontrunners give away less than a second to each other every hour, on average. Driving on one of the most daunting, challenging and truly epic tracks ever built.
In exactly the same way, Pirelli’s road car engineers are equally involved in the development of new car models right from the very beginning of the design phase. The lessons and methodologies learned from motorsport are vital to this in-depth process, which again relies on non-stop exchange of information. Which of course is what you always find in a 24-hour race, with the winner regularly completing more than 3000 kilometres of Spa. The result of all this tyre data processing – in GT racing, Formula 1, and the road – is a tyre proudly called P Zero. One name to represent a distinguished family of tyres, directly descended from Pirelli’s motorsport department. Never has the link between Pirelli’s engineers and prestige car manufacturers – 10 of which are represented at Spa, all using P Zero tyres as original equipment – been closer.