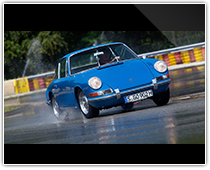 Pirelli has developed a line of tyres targeted at owners of “classic” Porsche models covering the 1959-2006 period and designed to recreate the look of the various models’ original equipment tyres. Pirelli researchers worked hand in hand with engineers from Porsche to develop “bespoke” tyres for each model in the targeted ranges. Rallying legend Walter Röhrl helped develop the new rubber giving valuable tips on the driving properties of tyres. All classic tyres developed and released by Porsche bear the official quality seal of the Porsche company. The common designator for all factory releases is an “N” on the tyre sidewall, which is added exclusively to those tyre models that have performed very well in testing before release. To earn this designation, the new tyres must undergo tough testing on Europe’s test tracks and fulfil a total of 33 strictly evaluated criteria. The line covers classic Pirelli tread patterns from the CN36, P7 and P Zero™ Rosso series, allowing the cars’ owners to maintain an authentic appearance while also gaining the performance of modern tyre technology, such as state-of-the-art compounds and modern construction. The new 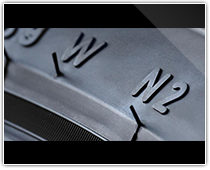