No rivals for Pirelli in the first rounds of the MXGP 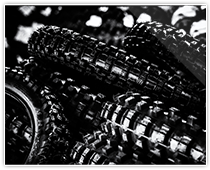 The Sicilian rider Antonio Cairoli and Pirelli SCORPION™ MX tyres are leading the standings after the first part of the FIM Motocross World Championship. The world champion and Red Bull KTM Factory Racing rider finished in third place in the opening round in Qatar and then achieved his first victory in 2014 in Thailand. Cairoli also triumphed in the GP in Brazil but finished “only" fifth overall at Arco di Trento.  The Italian rider won the GP in Bulgaria too, consolidating his lead in the championship standings. In the Netherlands, in the sixth round of the season, Cairoli claimed first place in the GP of the Netherlands, widening the gap over his closest rivals. During the GP in Spain, Cairoli finished sixth overall after Round 1 and claimed second place in Round 2.  His nearest rivals reduced the gap. The GP of the United Kingdom also went for the 44th time in the premier class to Cairoli.  Cairoli finished third for the 9th time in the GP of France and, although he is still leading the standings, his advantage over his biggest rival, the Belgian Clement Desalle, was reduced. The Suzuki rider is also equipped with Pirelli. 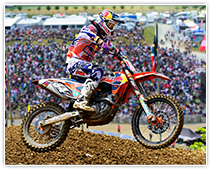