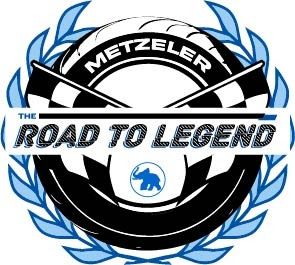 Five victories from local riders Alastair Seeley, Michael and William Dunlop give METZELER impressive medal haul in the first International Road Race of 2014 A succession of victories in wet, dry and mixed conditions gave METZELER an impressive five out of six wins in the main classes of a dramatic North West 200 event. Local Northern Irish riders Alastair Seeley, Michael and William Dunlop took hard fought victories in the Supersport, Superstock and Superbike classes using treaded, slick and full wet tyres from the manufacturer of German origin. With the first races held on Thursday evening in the dry, METZELER had already logged both main feature races as Seeley won both the Supersport and Superstock classes for his Mar-Train Racing squad. His victory in Supersport was especially impressive as he came through from sixteenth after a first corner melee. The evening saw five out of six podium places equipped by the tyre brand, with all riders using the road legal RACETEC™ RR tyres to good effect. Saturday’s first Supersport race started with wet but drying roads as riders had to make difficult decisions after two extra sighting laps. Some riders including Josh Brookes and Michael Rutter opted for lightly treaded ‘dry’ tyres but Seeley choose to use a RACETEC™ Wet intermediate rear and full Rain front, a gamble which ultimately proved to be correct as part of the circuit remained wet. After a race long duel with Lee Johnston and Bruce Anstey, Seeley crashed out of the lead after a coming together on the final lap at Metropole. This crash put Seeley out of the next Superbike race and meant he was riding injured for the rest of the event. The first Superbike event provided no such tyre dilemma as more rain meant all riders used full wet tyres and the race was also shortened to five laps (from seven). William Dunlop built up a solid five second lead on his Tyco Suzuki but his younger brother Michael gradually reeled him in, setting the stage for an epic last lap battle between these two Northern Irish riders.  After a series of committed moves, William took his first Superbike victory at the event and made it a fantastic 1-2 for METZELER as Michael followed him across the line. Saturday’s Superstock race again started damp but on a drying track that proved to again be an exciting affair. Gary Johnson ran onto the grass leaving the two Michael’s of Rutter and Dunlop to battle it out on their BMWS1000RR models. A red flag incident stopped the race giving Michael the win, his first on his new BMW machinery. The final outing, the NW200 Superbike race was run on a dry track and was the first time the full RACETEC™ Slicks had been used during the races. Josh Brookes came through from the fourth row to lead from Seeley and Michael Dunlop but he ran on at Mathers Cross on the penultimate lap. Dunlop managed to ease away and despite the efforts of the two BSB men, he took a deserved win, cementing a fantastic day for BMW Motorrad UK, the Dunlop family and METZELER with another full podium of riders. Notably Seeley rode the race with road legal RACETEC™ RR tyres front and rear to a podium position and broke the previous lap record before Brookes set an even faster time, with a new circuit record of 122.958mph. The METZELER team now prepare for the Isle of Man TT Races pleased with the performances of their chosen riders and the tyres themselves.