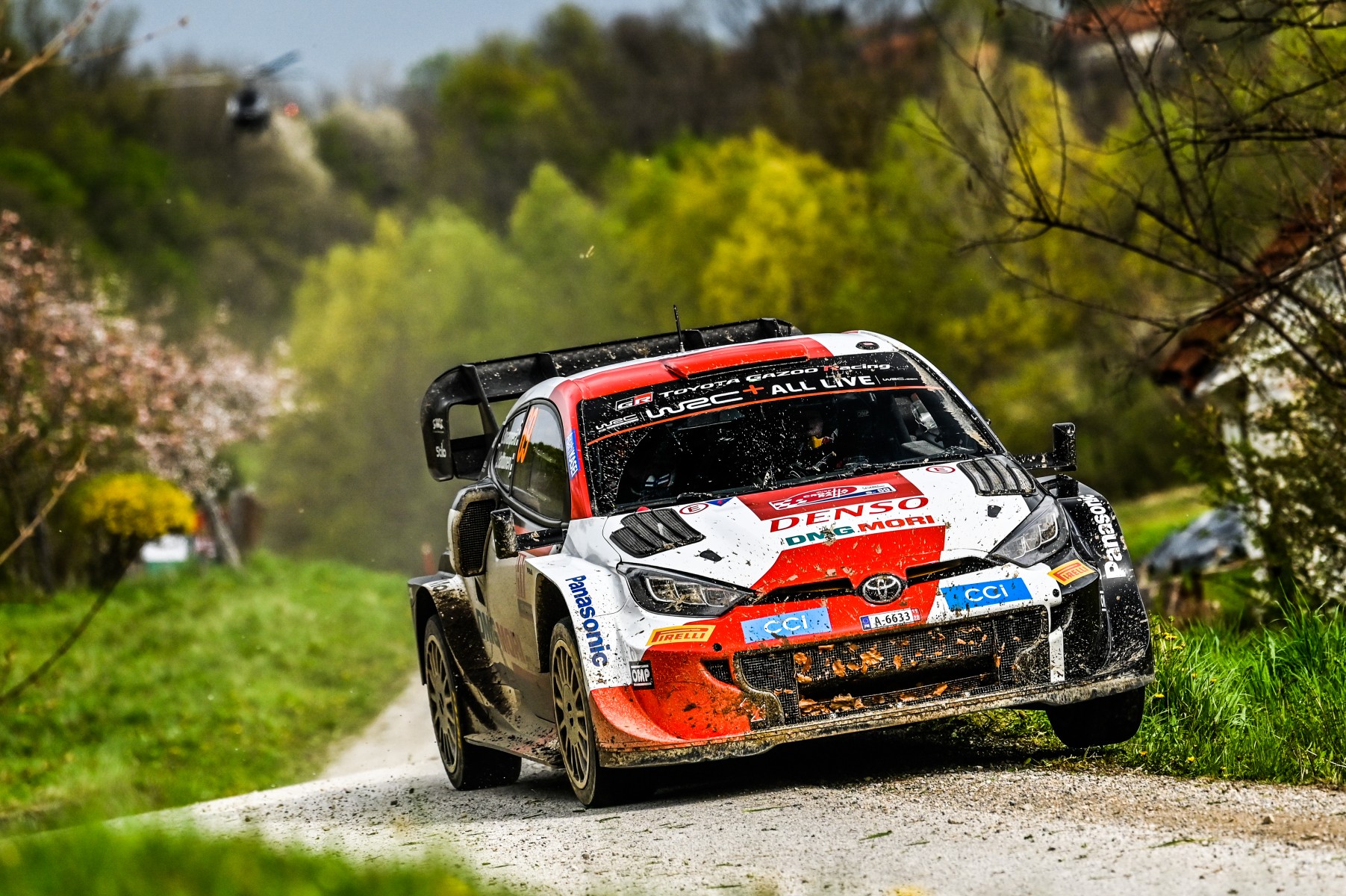 The Croatia Rally provided a formidable challenge for people, cars, and tyres. The roads were extremely dirty and slippery, thanks to constantly changing weather with rain and fog, as well as deep corner-cutting that pulled mud and gravel onto the surface.

In these conditions, the Cinturato RW rain tyre was often favoured: especially among less experienced drivers who wanted to prioritise grip. The soft-compound P Zero (RA WRC SA) was also used a lot: often combined with the rain tyre in a cross-pattern across both axles, a bit like the compromise often seen on the incredibly challenging Rallye Monte-Carlo. On the final day, the hard compound (P Zero RA WRC HA) was used for the first time.

In these constantly-changing conditions there was never a tyre that was optimally matched to a loop of stages: instead it was a question of identifying the best compromise for the whole loop. That is why the cross pattern was used extensively by the top crews, but both the rain and the asphalt tyres proved to be very versatile in the changing grip – with the Cinturato playing a key role throughout all three days.

Tyre choice was crucial on the penultimate stage, which featured unexpected heavy rain. Hyundai’s Ott Tanak gambled on taking four soft tyres and two wets, while Rovanpera went for the more conventional choice of four hard tyres along with two wets. The gamble paid off for Tanak, as he trimmed nearly 30 seconds off Rovanpera’s lead, leaving them separated by just 1.4 seconds heading into the final Power Stage.

This was just one of two new stages following Croatia’s WRC debut last year, running close to the Adriatic coast through a ski resort on treacherous mixed asphalt. With visibility practically zero, it was a question of survival. Tanak’s winning stage time put him in contention for victory, while Junior WRC driver Sami Pajari set an incredible eighth-fastest stage time overall in a Rally3 car. This stage was meant to be run twice but was cancelled on Saturday afternoon on safety grounds.

“Croatia was one of the most difficult rallies that I can remember, equal to Monte-Carlo in terms of complexity. The rain tyre became effectively the prime tyre, matched with the hard and the soft according to the circumstances. This meant though that the rain tyre was often subjected to stresses that it wasn’t intended for. Many drivers tried a cross pattern, which worked well, and all three tyres that we brought here played an important role. We experienced some punctures over the course of the event, but the majority of these were caused by the cars sliding and knocking tyres off the rim or breaking the actual wheels against the many obstacles. This was far from a normal event, so big congratulations to Kalle for taking such a hard-fought victory.”

With many drivers saying that these were the worst conditions they had ever encountered, anticipating the constantly-changing weather was the biggest challenge. The lack of visibility led to many drivers taking deep cuts and spreading more mud and gravel onto the road, adding to the difficulty.