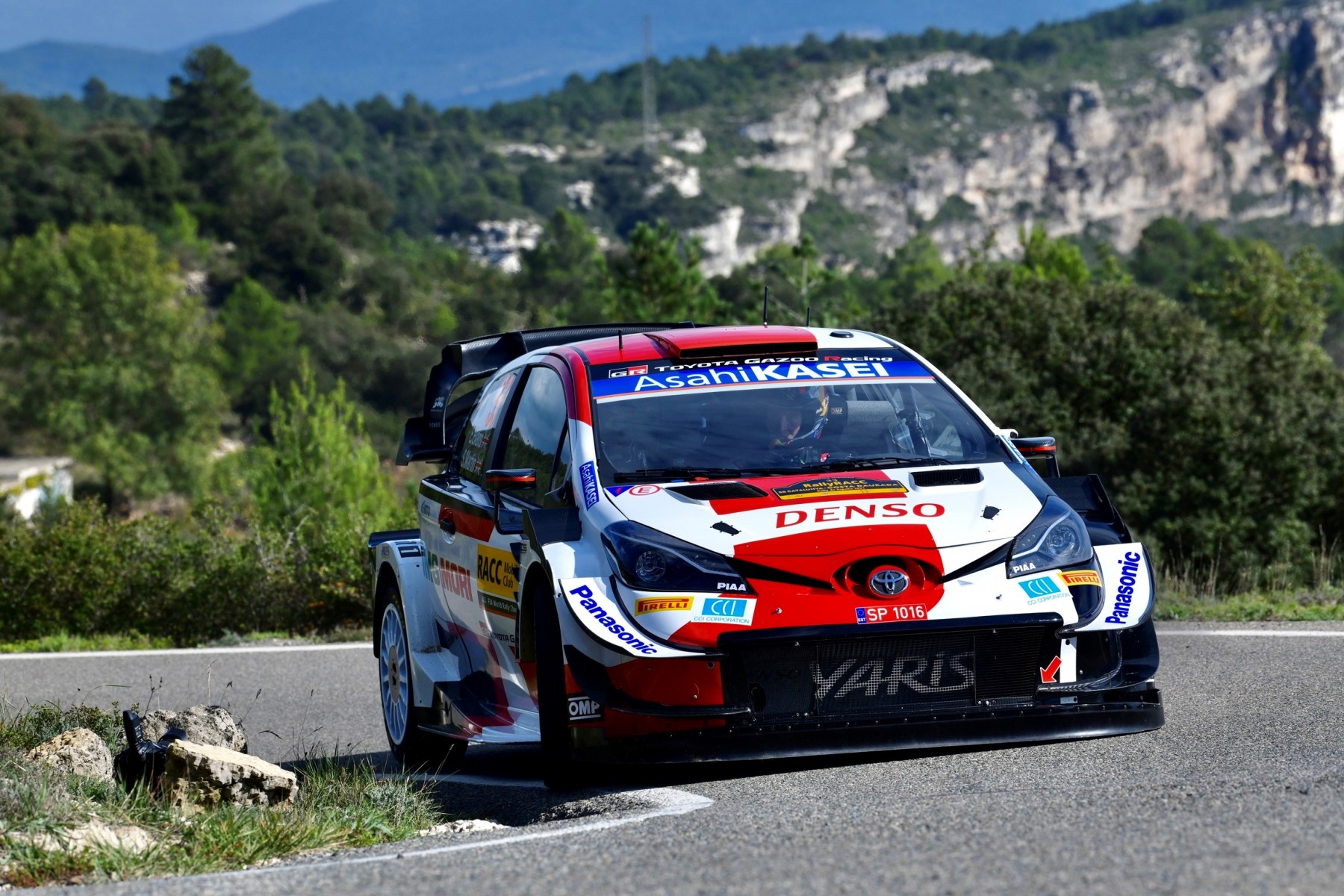 Salou, October 15, 2021 – The P Zero RA WRC HA, the evolution of the hard version of Pirelli asphalt tyres, dominated the scene in their race debut. The new tyre was the teams' only choice on the first day of the Rally of Spain and they responded well to the demands of the new tests of the historic Spanish rally, unprecedented for most of the drivers.
During the morning, the drivers often complained of understeer linked to the rather abrasive but dirty surfaces of the Catalan roads, which do not always guarantee adequate grip. Nevertheless, as predicted by the Pirelli technicians on the eve, the wear was high.
The fastest driver of the day was Elfyn Evans who in the SS1 Vilaplana 1 of 20.00 kilometers finished with an average speed of 116.7 kph. Ground temperatures were 26 degrees centigrade and the maximum tyre temperatures were 150 degrees Centigrade.

Terenzio Testoni, rally activity manager: “The debut of the evolution of the hard P Zero tyres went according to our expectations, even if the road surface revealed that it had less grip than what the drivers expected, who for this reason complained of understeer in the three morning tests. The wear that we expected, however, high on the roads of Catalonia, was quite strong, so much so that one of the options we suggested was to go out with two spares instead of one, in order to have more strategies available and to be able to drive more boldly. Going out with only one spare can mean, in theory, having to opt for a more cautious and shrewd race management. In the afternoon on the second running of the stages, the dirt on the road from cutting on the earlier runs made its weight felt. For tomorrow we expect a better situation than today.”