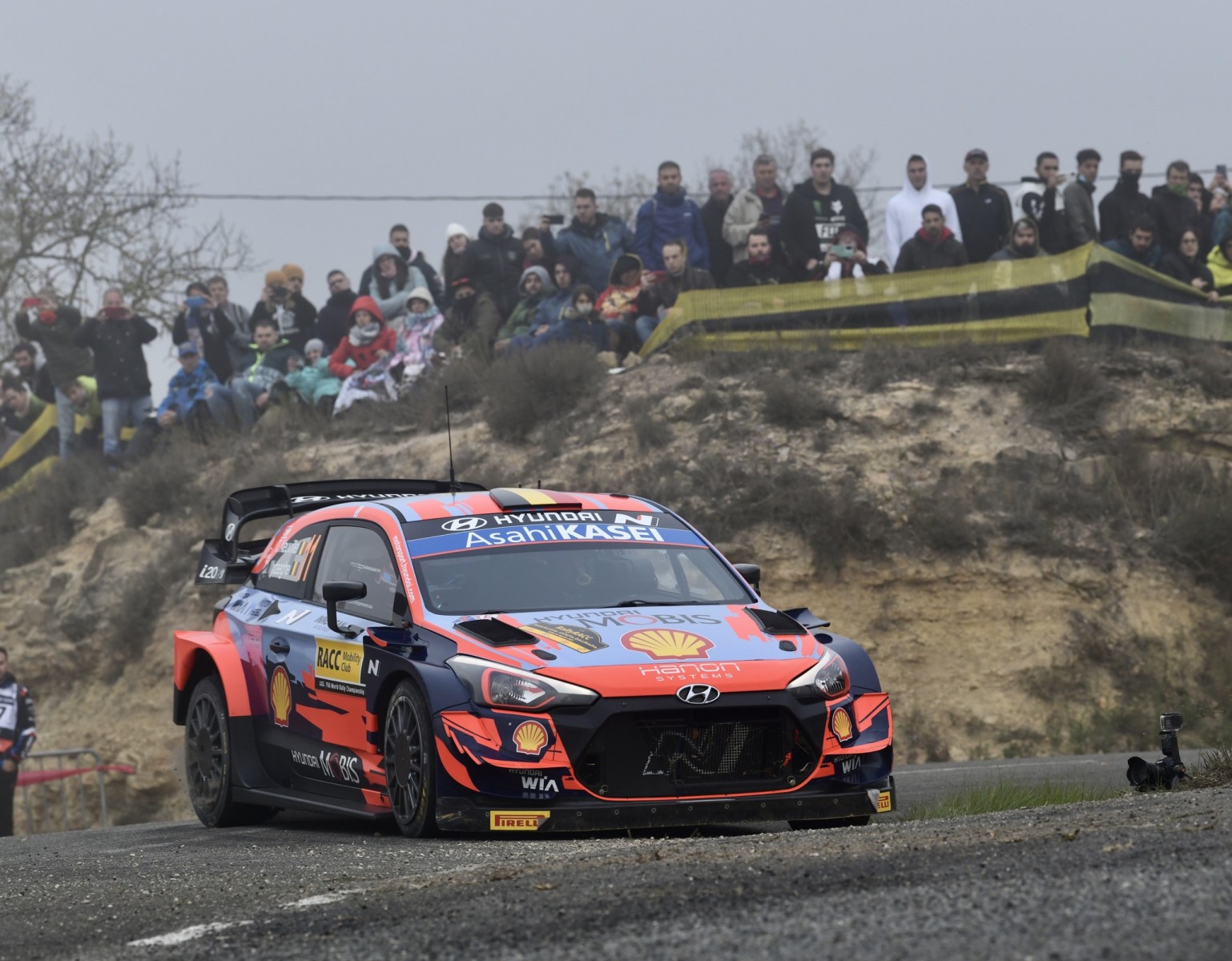 Salou, October 16, 2021. The second day of the Rally of Spain was dominated almost entirely by Hyundai driver Thierry Neuville who demonstrated again that he was able to make the most of the new P Zero RA WRC HA, Pirelli’s newest hard-compound asphalt tyre.

There was another strong performance as well from Toyota drivers Elfyn Evans and Sebastian Ogier, who equally managed to avoid the numerous pitfalls of the winding Catalan roads. Among the challenges were dirty roads, corners cuts, abrasive asphalt – often with poor grip – and damp conditions in the morning that progressively dried up.

The hard compound proved to be the only choice from the WRC1 teams today, unlike the WRC2 class, where some drivers tried the soft compound.

Neuville and Ogier actually achieved the same average speed on one stage, run at different times of the day. Both set an average of 121.4kph in the 24.4-kilometre El Montmell stage, which was won in the morning by Neuville and in the afternoon by Ogier.

Ground temperatures were between 19 and 25 degrees centigrade all day and the maximum tyre temperature reached was 140 degrees.

Terenzio Testoni, rally activity manager: “We expected better conditions than yesterday but instead this morning we had the surprise of wet and slippery road surfaces, which gave an additional challenge for our new P Zero. That’s rallying for you, but the important thing is not to be surprised! The hard compound delivered excellent results on wet surfaces as well as on the dry, dirty and abrasive surfaces seen later: more typical of the Catalunya Rally. We also saw the same high levels of wear as we experienced yesterday. In every situation, the latest evolution of our hard compound ensured reliability, performance and strength: particularly on today's stages, which had more corner cuts than those run yesterday.”